Muslim Girl Has Perfect Answer To Man’s Sarcasm About Bacon

A Twitter user who goes by the name Paul Shikari tweeted a picture of a bacon sandwitch with the message “Feel sorry for Muslims not being able to eat bacon”. Although there is an undertone of sarcasm in his tweet we cannot be certain that he was being sarcastic. There is a chance that he was genuinely sorry for Muslims missing on what he believes to be a great meal. 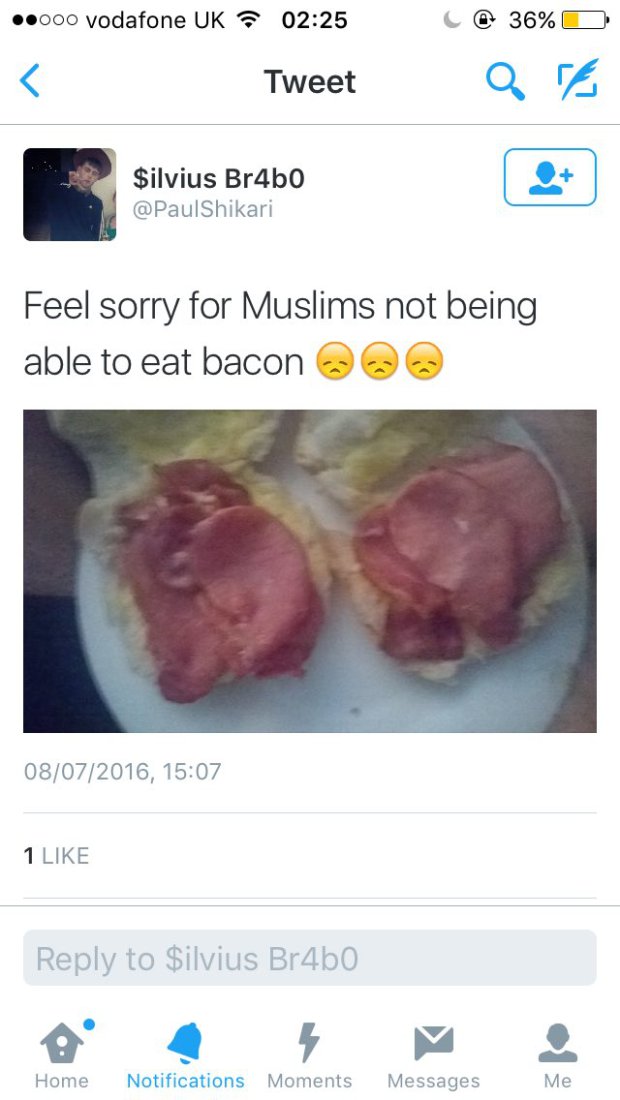 Aleesha saw that post on Twitter and decided that enough was enough, she was just sick of people repeating the same nonsense about bacon being so awesome Muslims are really missing out on some great food. So she replied with the following: 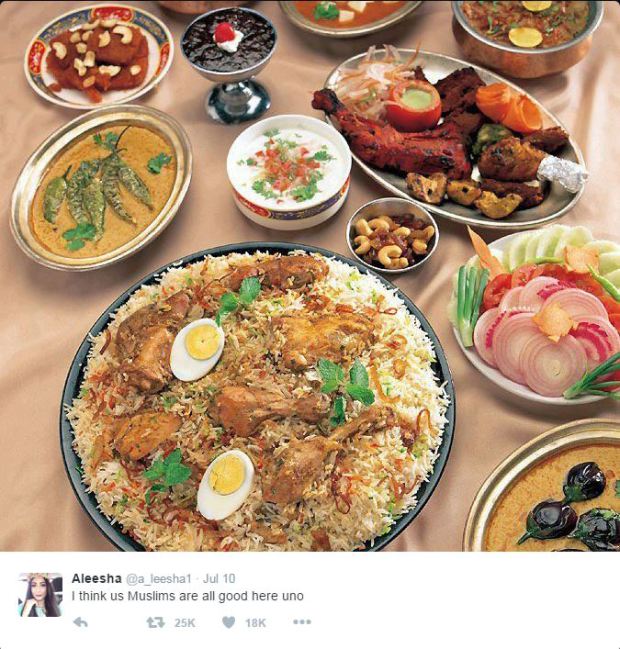