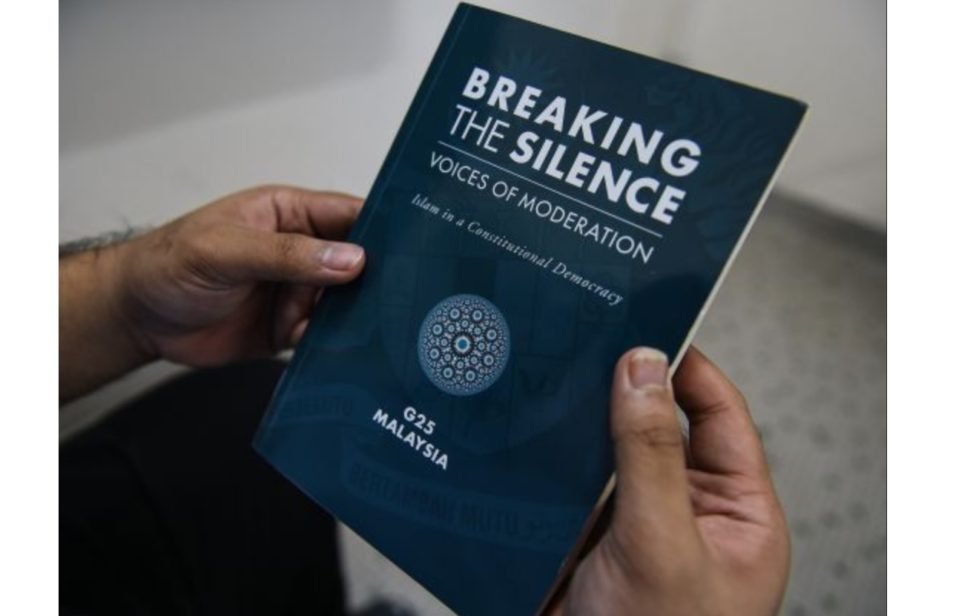 The book, Breaking The Silence: Voices Of Moderation — Islam In A Constitutional Democracy, is a collection of essays whose publication was organised by a group of prominent Muslim Malaysians pushing a more tolerant form of Islam.

The ban, signed by Deputy Prime Minister Ahmad Zahid Hamidi, said that printing or possessing the book was “likely to be prejudicial to public order” and “likely to alarm public opinion”.

Anyone breaching the ban on the book — which was published in neighbouring Singapore — can be jailed for up to three years.

Malaysia routinely bans books, movies and songs that may contain sensitive material regarding religion or sex, but critics say the government has been clamping down harder in recent times.

The book was the brainchild of a group of high-ranking former civil servants and diplomats known as the “G25” — for the number of its founding members — which was formed to push back against intolerance, and some of the essays were written by its members.

Mr Chandra Muzaffar, one of the authors featured in the collection, said the ban showed the government’s “authoritarian approach to Islam”.

“It’s a collection of essays which is intended to show that extremists and bigoted thinking on matters pertaining to the practice of Islam in the country should be combated in an intellectual manner,” he told AFP.

“It is about silencing anybody who has a different view,” she said.

Critics say the government clampdown on anything deemed un-Islamic has accelerated in recent times as Prime Minister Najib Razak’s party seeks to appeal to its Muslim Malay base amid speculation elections could be called in the coming months.

In July the hit song Despacito was banned on state TV and radio due to its racy lyrics after pressure from an Islamic political party.

More than 60 per cent of Malaysia’s population of over 30 million are Muslim, but the country is also home to significant religious minorities.