Benjamin Netanyahu reportedly told New Zealand’s foreign minister that support for a UN resolution condemning Israeli settlement-building in the occupied territories would be viewed as a “declaration of war”.

According to reports in Israeli media, the Israeli PM called Murray McCully, the foreign minister of New Zealand, before Friday’s resolution, which was co-sponsored by Wellington. Netanyahu told him: “This is a scandalous decision. I’m asking that you not support it and not promote it. 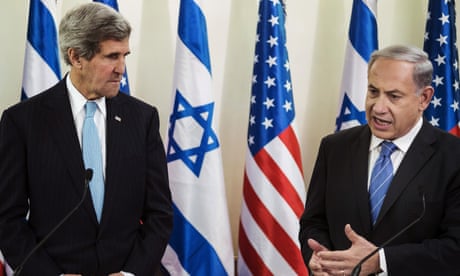 “If you continue to promote this resolution, from our point of view it will be a declaration of war. It will rupture the relations and there will be consequences. We’ll recall our ambassador [from New Zealand] to Jerusalem.”

McCully, however, refused to back down, telling Netanyahu: “This resolution conforms to our policy and we will move it forward.”

A western diplomat confirmed that the call took place and described the conversation as “harsh”.

The details of the call – disclosed in Haaretz – suggest a mounting sense of panic on the part of Netanyahu in the run-up to the UN security council resolution that passed on Friday demanding an end to settlement building.

As well as the Netanyahu call, a senior official in Israel’s foreign ministry called New Zealand’s ambassador to Israel, Jonathan Curr, and warned that if the resolution came to a vote, Israel might close its embassy in Wellington in protest.

Israel responded furiously to the vote, threatening diplomatic reprisals against the countries that voted in favour. Diplomatic ties with New Zealand were temporarily severed and ambassador Itzhak Gerberg was recalled.

But in a sign that the international pressure may be being felt by the Netanyahu administration, scheduled plans to consider for approval 600 new settlement houses in occupied east Jerusalem were abruptly removed from the agenda of the city’s municipality on Wednesday.

Netanyahu’s language and behaviour – which has resulted in ambassadors being reprimanded and consultations with foreign leaders, including the UK’s Theresa May, cancelled – has raised eyebrows among foreign diplomats, who point out that the UN resolution does no more than confirm the longstanding view of the international community on Jewish settlements.

Later on Wednesday the US secretary of state, John Kerry, will make a speech outlining the parameters for how the Obama administration sees a settlement of the Middle East peace process.

Kerry’s speech, less than a month before Barack Obama leaves office, is expected to be the current administration’s last word on a decades-old dispute that Kerry had hoped to resolve during his four years as America’s top diplomat.

It could also be seen in Israel as another parting shot at Netanyahu, who has had an acrimonious relationship with Obama since they both took office in 2009. Israel’s public security minister, Gilad Erdan, told Israel Army Radio that the planned speech was a “pathetic move” and “anti-democratic”.

The US on Friday broke with a longstanding approach of diplomatically shielding Israel and abstained on a United Nations security council resolution that passed with 14 countries in favour and none against.

An Egyptian paper supportive of the country’s president, Abdel Fatah al-Sisi, reported what it said was a leaked memo allegedly confirming Israel’s allegations that the Obama administration and Palestinian officials had coordinated positions over the wording of the resolution to allow the US to abstain in the vote. The state department denied the report.