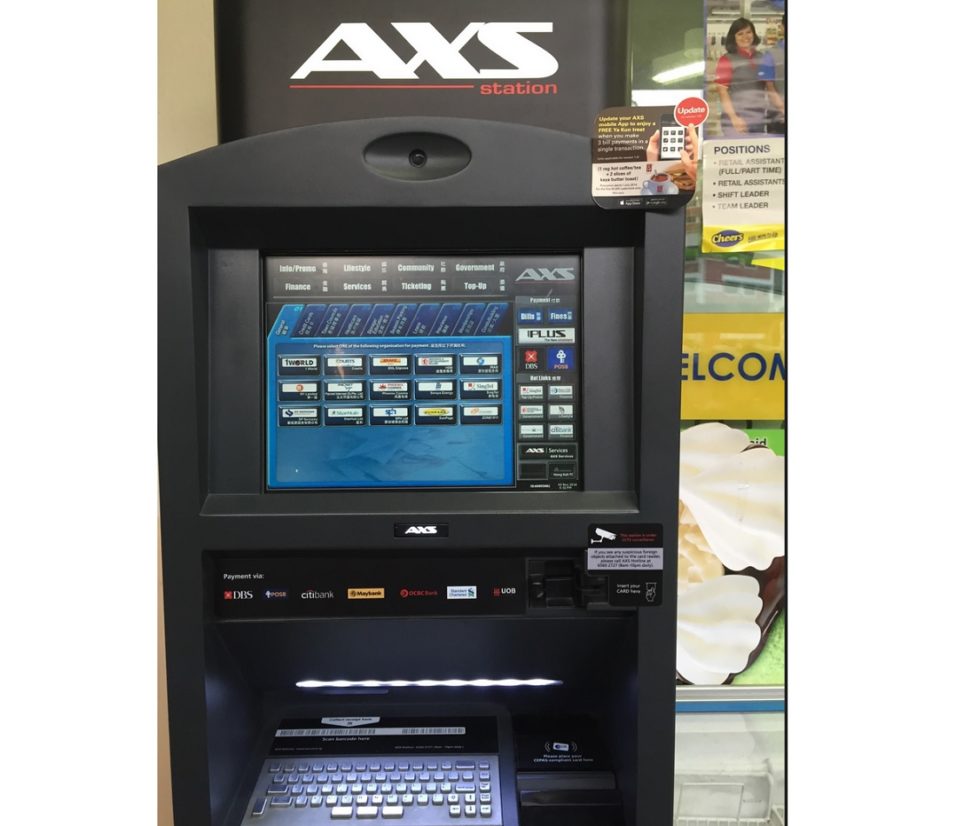 [Gentle Reminder and a rant]
So i was at an AXS machine this morning, about to pay my bills. I was right behind someone, all well dressed but kept having his transactions cancelled due to his card for whatever reason (no hate) He apologised and was very friendly and courteous and asked if he could try again, and i said “Sure!”

I was glued to my phone and heard him on the phone (in his language; which i understand but because this is not a racial rant, ill keep it to myself. And to anyone confused, many people assume I’m not local or asian. Even though, Born and raised! Holla!) He was arguing with someone over money and i guess maybe he didn’t have the funds he thought he might have had. And he said on the phone in the context of “it’s okay, there’s a lady behind me, it wont time out” that’s as much as i caught on. And he left.

He walked off and was standing in the distance and i proceeded with my own bills (i pressed home and i thought it was refreshed for a new user) but when i got to the “Make Payment” page, his transactions of about $300 was there. I only had 1 bill so, it was pretty obvious. I turned to look at him and he looked away. I cancelled his transaction and only paid mine.

When i was done, i turned to him and did that finger pointing orh-hor motion and he mouthed sorry sorry and bowed a little.

Piggy me went to get McDonald’s breakfast (hotcakes with sausage and extra sausage, if you needed to know) and when i walked past the AXS machine again, i saw him back on it with an old lady behind. He did the same thing! When he walked off and stood at the same spot, i was being kaypo luh okay? I went up to the old lady and said sorry, i wanna check something. Weasel did the same thing!! I helped her cancel his transactions and told her next time must check. I turned around and he was gone. But i went by the counter to let them know what was up but didn’t see anyone attend to the machine for the next 5 mins.

So please be careful, maybe he was hoping someone could mistakenly pay his bills. Bitch, i ain’t made of money! Especially, young or old, if you are in a rush or aren’t too familiar with using the machines. I don’t use it often so i had no idea! My instincts was to physically help so i apologise that my Stomp adrenaline didn’t kick in and i didn’t get a picture.

So this is my gentle reminder to remind your loved ones!

[UPDATE]
Thanks for sharing guys! I’ve been notified that this has happened all across the city so be attentive at the payment page! Unfortunately, where i was at had no CCTV. But maybe it was planned out that way by this particular person? I’m not sure. Also like many of you, I’m a little old school. No ibanking and i like my receipts so i don’t use the apps or whatever else. So if you are like me, HEY! But also, always helps to be attentive. Can never be too careful!