Transcom NSF Officer Pointed And Pulled Trigger Of Revolver On Teammate, Then Lied And Tried To Cover Up

Rilek1Corner > Singapuraku > Transcom NSF Officer Pointed And Pulled Trigger Of Revolver On Teammate, Then Lied And Tried To Cover Up 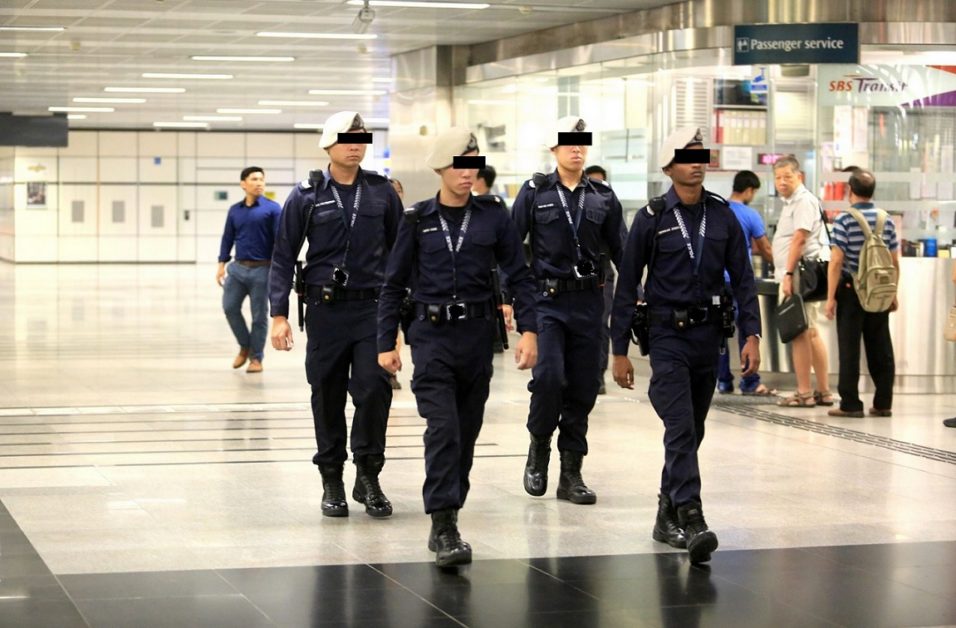 A police full-time national serviceman who pointed an empty revolver at another NSF, pulled the trigger and later lied about it was sentenced to two months’ jail on Wednesday (Aug 2).

Justin Degoulange-Chua, 21, was the group leader of a patrol team attached to the Public Transport Security Command (Transcom).

On March 5 last year (2016), in the police room at Bugis MRT station, Degoulange-Chua pointed the pistol at patrol officer Muhammad Syukri Rahiman, 21. He was charged with using threatening behaviour with intent to cause alarm to Mr Syukri.

Degoulange-Chua also admitted to giving false information to a public servant on May 5 the same year, when he said he did not point the firearm at anyone but had taken it out to check it.

While taking a break, Degoulange-Chua talked about the team’s culture, which required rookies to perform push-ups and jumping jacks, among other things.

He then ordered the victim to get into a push-up position.

When the victim was on all fours, DPP Ho said the accused took out the victim’s extendable T-baton from the holster.

He extended the T-baton, placed it on the victim’s back, and told him to continue doing push-ups.

The victim managed to do one before the T-baton fell on the floor. The accused then told the victim to get up.

The entire incident was recorded by a assistant group leader on his mobile phone, who later shared it via the online social media app Snapchat.

When the victim was sitting at a table, the accused unbuckled his right holster, drew his Taurus revolver and took out all the five live rounds. He then placed four live rounds on the table and held one in his left hand.

After closing the chamber of the revolver, he asked the victim how many bullets were on the table. The victim replied that there were four.

The accused then said there was one round in the revolver. He pointed the weapon at the victim and squeezed the trigger at least once.

DPP Ho said: “The victim jumped out of his seat in alarm and shouted for the accused to stop. The victim was afraid that he would be hurt or even killed if the revolver was, in fact, loaded.”

Investigations showed that on May 5, the accused, in a statement to a Transcom Base officer, lied that he did not point his revolver at anyone.

Degoulange-Chua came clean about what he did only about three months later.

None of the four men brought up the incident in their initial statements to the police. The accused had approached three of them, including the victim, to cover up the incident.

Defence lawyer S. Balamurugan said his client, who is now a student, has apologised to the victim. He said his client’s offences were “completely out of character”, and the incident has caused his client great anxiety.

The maximum penalty for giving false information to a public servant is six months’ jail and a $1,000 fine. For using threatening behaviour with intent to cause alarm, it is a $5,000 fine and six months’ jail.