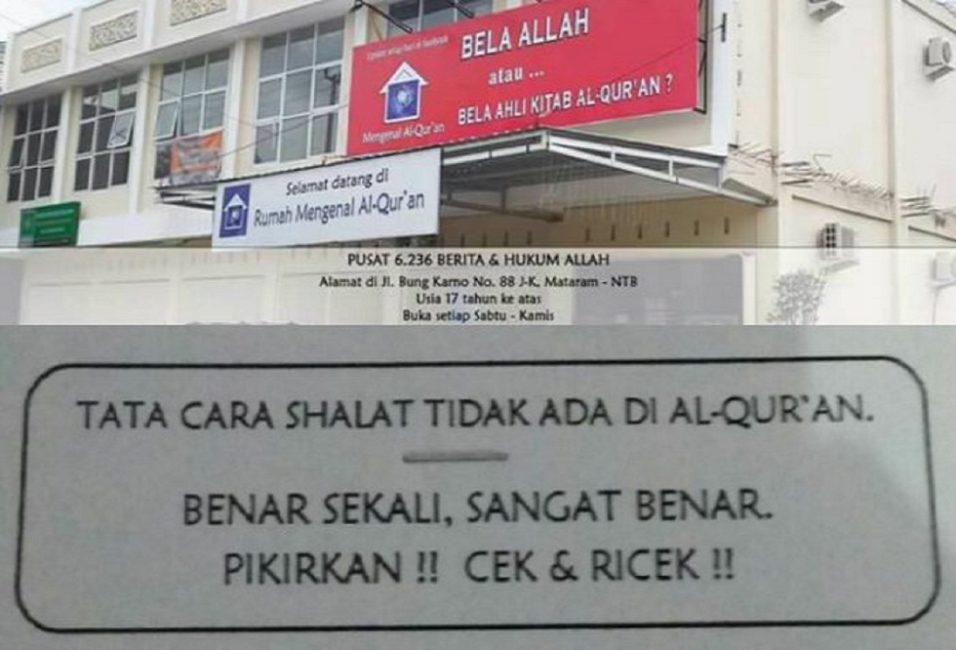 Siti Aisyah, the owner of an Islamic learning center, has been sentenced to two years and six months in prison for spreading “misguided” Islamic teachings. Siti was found guilty of violating Article 156 of the Criminal Code (KUHP) on blasphemy.

The sentence handed down by the Mataram District Court in West Nusa Tenggara (NTB) is lighter than the prosecutor’s demand of three years’ imprisonment. Presiding judge Didiek Jatmiko said Siti had been proven guilty of spreading teachings that contravened Islamic principles.

Didiek said Siti did not admit her fault, insisting that what she taught did not go against the principles of Islam. Siti, who is the owner Rumah Mengenal Al-Quran (Home to learn Quran), had reportedly taught her followers that the Quran did not oblige Muslims to pray. She also reportedly rejected Al-Hadist (Prophet Muhammad’s words and attitudes) as a religious guideline.