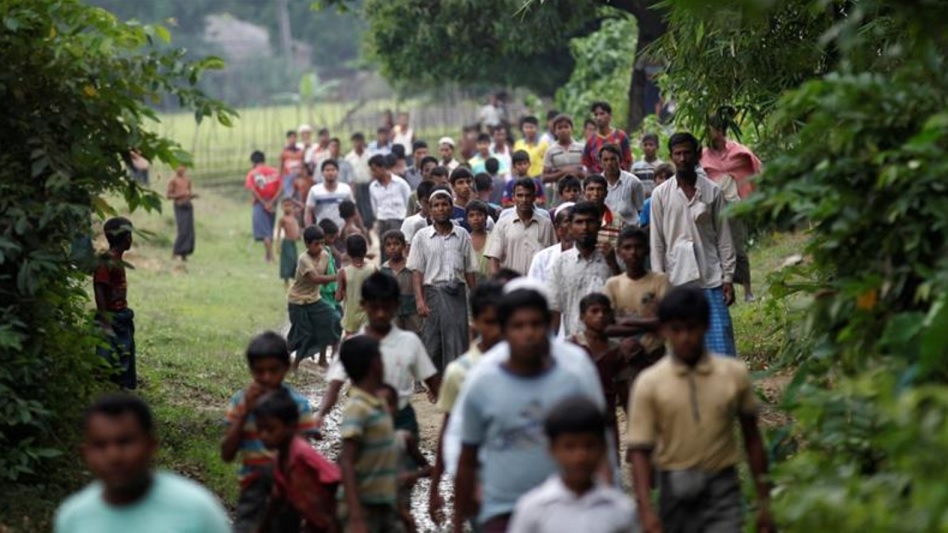 The plight of the Rohingya, an Islamic minority in Buddhist-majority Myanmar, has evoked strong emotions across the Muslim world.

Many countries have protested against the persecution of the community, following a violent crackdown by the Myanmar army that left hundreds dead and sparked an exodus of more than 410,000 people from Rakhine to Bangladesh.

But as rights groups urge world leaders to impose sanctions on Myanmar’s military, which is accused of “ethnic cleansing”, a darker danger lies ahead.

Counter-terrorism experts say the crisis has attracted the attention of the Islamic State in Iraq and Syria (ISIS), as well as Muslim militants and hardliners in Indonesia and Malaysia.

This may result in another longstanding conflict in South-east Asia, following the ongoing siege in the southern Philippine city of Marawi by Islamist militants.

Echoing its strategy in southern Philippines, ISIS has routinely, through its online publication Dabiq, claimed that it plans to establish a base in Bangladesh to launch revenge attacks on the Myanmar government over its treatment of the Muslim Rohingya.

Indeed, latest developments out of Kuala Lumpur have revealed that a group of Malaysians had travelled to Myanmar, via Bangladesh and Thailand, to take on government troops there.

Malaysian police in Kelantan state, which shares a border with southern Thailand, told news agency Bernama that it has identified more than 100 “rat trails” used for smuggling, and has stepped up patrols there to prevent the illegal entry of Rohingya and “untoward incidents”.

Meanwhile in Indonesia, the Islamic Defenders Front (FPI) had called for “jihadists” to travel to Rakhine to fight on behalf of the Rohingya. The FPI has shown that it has the ability to mobilise hundreds of thousands of people, as seen in the many rallies it led against former Jakarta governor Basuki Tjahaja Purnama, a Chinese-Christian politician, for insulting Islam earlier this year.

FPI spokesman Slamet Maarif was quoted by The Australian newspaper earlier this month as saying that the group is prepared to wage “jihad”, or a holy war, in Myanmar if the need arises. “That is why one of the main requirements for our recruits is the willingness to die as a martyr,” he said.

Centre for Radicalism and Deradicalisation Studies executive director Adhe Bhakti said the real danger for Indonesia lies in whether elements of the Jemaah Ansharut Daulah (JAD), a local terrorist network with ties to ISIS, join the fray. “More influential groups in the context of ‘jihad’ such as the JAD have yet to appeal for fighters. If they do, that may pose a greater risk,” said Mr Adhe.

Islamist militant groups have previously exploited the Rohingya crisis for their cause, notably in 2012 and 2015, but this current conflict has drawn wider attention.

Mr Iftekharul Bashar, an associate research fellow at the S. Rajaratnam School of International Studies, said the crisis is unfolding at a time when ISIS is losing much of its territory in the Middle East and is trying to expand its hold in South Asia and South-east Asia.

“The recent siege of Marawi… shows that ISIS penetration in the Rakhine state conflict cannot be ruled out,” he added.

Datuk Ayob warned that Myanmar’s proximity to Malaysia would encourage ISIS to tap the conflict in Rakhine. “Myanmar is closer to Malaysia than Syria and the southern Philippines… and now Rakhine has become their latest destination for ‘jihad’,” he told Bernama news.

The resurgent Al-Qaeda, which was behind the Sept 11, 2001, attacks in the United States, has also started to make its move, issuing a statement on Sept 12 calling for attacks against the Myanmar government over the Rohingya.

While most of the attention by security agencies has been on ISIS, Mr Bashar warned that Al-Qaeda, and its affiliate in the Indian subcontinent known by the acronym AQIS, is equally dangerous.

AQIS has not carried out any major attacks in Bangladesh in the past few years, but it has recently mentioned the Myanmar military as a key target, added Mr Bashar. “Although the majority of Muslims still support a peaceful settlement with Rohingya returning to their homeland, a smaller segment thinks that an armed ‘jihad’ is the only solution left to end the plight of the Rohingya.”