Mahathir Hits Back At Dig About His Indian Roots

Rilek1Corner > Politik > Mahathir Hits Back At Dig About His Indian Roots 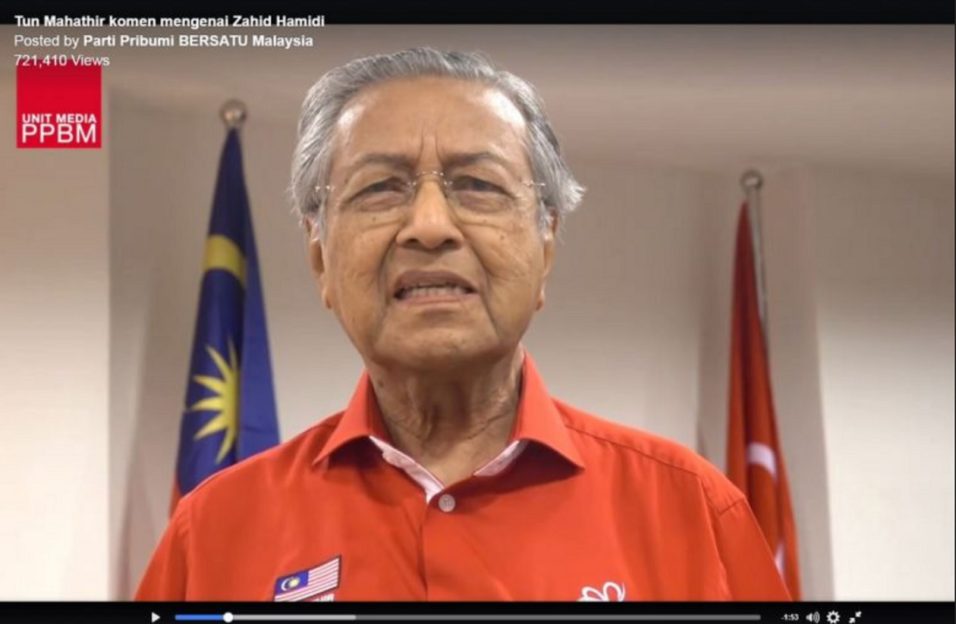 In the past week, however, the attacks against Tun Dr Mahathir have also come from Deputy Prime Minister Ahmad Zahid Hamidi, as the government tries to weaken the standing of the 92-year-old politician among Malay voters.

Dr Mahathir was a feared strongman during his 22 years as prime minister until 2003, but it is now open season for him as he leads the opposition alliance into the next election.

Dr Mahathir still has some influence among older Malays, as his leadership brought economic prosperity to Malaysia and lifted many Malay families from poverty.

Mr Najib has attacked Dr Mahathir in recent weeks by reminding the public that many scandals happened during the Mahathir era, including the foreign-exchange losses incurred by the central bank in the 1980s, which ran into billions of dollars, local media has reported.

Mr Najib also claimed that the MRT system should have been built long ago to boost public transport, but Dr Mahathir instead threw billions of dollars away setting up a national car industry through Proton.

Datuk Seri Zahid joined the attacks last weekend when he took a dig at Dr Mahathir’s ancestry, saying the veteran politician’s identity card (IC) showed he was Indian because his name was stated as Mahathir a/l Iskandar Kutty. The “a/l” refers to “anak lelaki”, or “son of”, a naming convention used by Malaysians of Indian descent. Malay men on their ICs carry “bin”, which refers to “son of”, in the patronymic style used in Malaysia.

Mr Zahid also read out the full IC number of Dr Mahathir, which alarmed some observers as this was supposed to be confidential information.

The former PM called Mr Zahid, who is also Home Minister, a “big liar” as there was no such IC.

“This is good enough to show that Zahid is a big liar. A big liar because he cannot show the blue-coloured identity card,” Dr Mahathir said on Monday, in a video on the Facebook page of his party Parti Pribumi Bersatu Malaysia. “I can still remember the first identity card I received. I was still in university at the time.”

While not denying her Indian heritage, she said the late Iskandar had married into a prominent Malay family.

Mr Zahid’s deputy at the Home Ministry, Datuk Nur Jazlan Mohamed, defended his boss yesterday, saying the IC is a public record and there was nothing wrong in sharing that information with the public.

Dr Mahathir, in the same video, made his own explosive claim about Mr Zahid. The Deputy PM – not long after he was elevated to the position by Mr Najib – had asked him for support to become the next prime minister, said Dr Mahathir.

“Zahid should remember, when he became the DPM, he came to see me to try and seek my sympathy, my support,” Dr Mahathir said in the video. “I told Zahid the truth. Even if Najib were to resign, which is impossible, Zahid must still wait for Umno to decide who should replace Najib.”