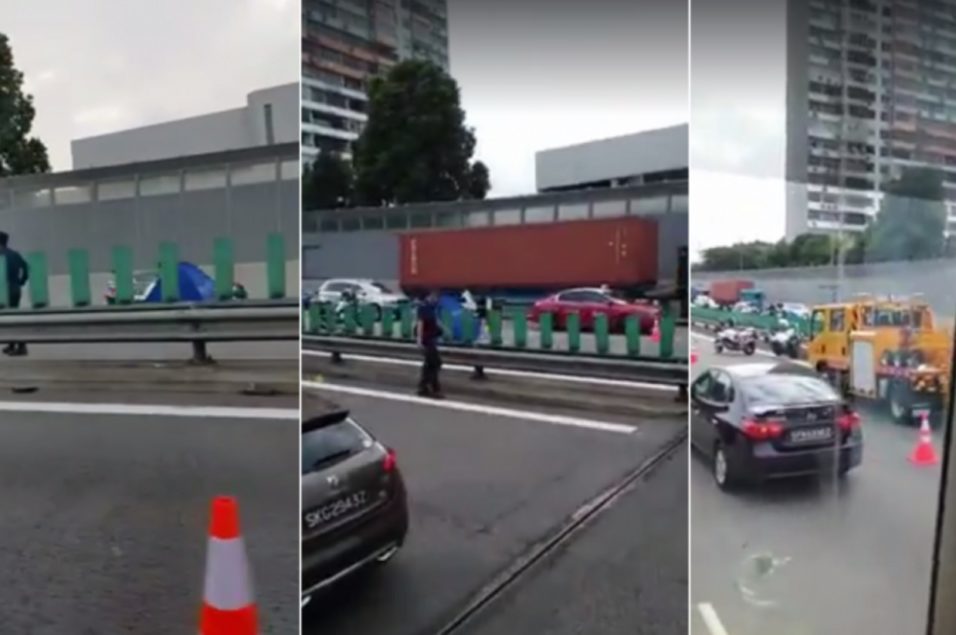 The accident on Tuesday happened along the Pan Island Expressway (PIE) after the Dunearn exit, the police said in a Facebook post on Tuesday morning.

The police told The Straits Times that they were alerted to an accident involving a car and a motorcycle along PIE towards Changi Airport at 7.21am. The 31-year-old male motorcyclist was found lying motionless and was pronounced dead by paramedics at the scene.

The Straits Times understands that the motorcyclist was riding along the PIE when he hit a wooden plank on the road and flew to the opposite side of the road from the impact. A car coming from the other direction ran over him.

Videos posted on social media show a blue tent at the scene, along with emergency vehicles.

The Singapore Civil Defence Force told ST that it was alerted at 7.25am and dispatched an ambulance to the scene. A male motorcyclist in his 30s was pronounced dead at the scene.

The police advised motorists to avoid using the road, as both directions of the PIE towards Changi Airport and towards Tuas are congested. The Land Transport Authority in a series of tweets told motorists to avoid various lanes on the PIE due to an accident.