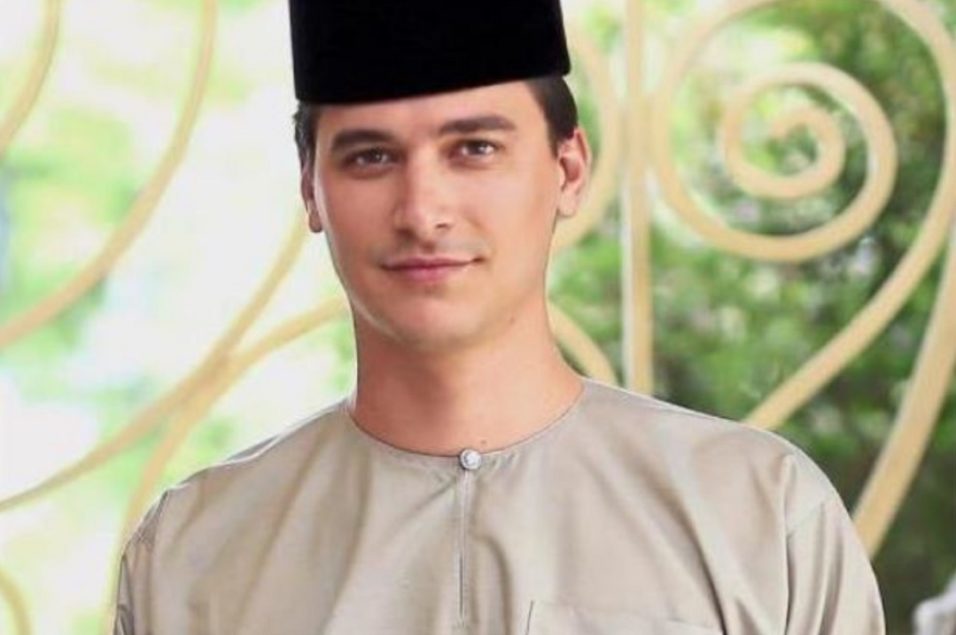 Dennis Muhammad Abdullah (pic) said he started getting close to Islam in 2014 when he was in Amsterdam.

He said that was when he started to receive advice and views from Muslim friends residing there about the religion. He even asked them to take him to the mosque.

Dennis said he was curious about Islam and wanted to experience how they prayed at mosques, and began learning about the religion in Dutch.

“My heart is open to accepting the religion and I am grateful to Allah for being able to catch up on all the knowledge that has been given to me, without any obstruction.

“Even my parents have given me their support to embrace the religion,” he told the Royal Press Office in an interview at Istana Bukit Serene.

He said he had become a calmer person since embracing the religion.

Dennis, who embraced Islam on May 31, 2015 at Pejabat Kadi Johor Baru, said he was an avid reader of reference materials related to the religion on the Internet besides visiting the mosque frequently to pray.

“After obtaining the blessings of Johor Ruler Sultan Ibrahim Ibni Almarhum Sultan Iskandar to have his daughter’s hand in marriage, I was told to gain deeper knowledge about the religion,” he added.

Dennis said he began attending Fardhu Ain classes and tried to memorise the shorter surah passages in the Quran since the beginning of the year.

“I also managed to fast throughout the whole month of Ramadan since 2015 and performed the terawih prayers at the mosque,” he added.

Born Dennis Verbaas on May 1, 1989, in Lisse, a town near Amsterdam, he said he had also learned Jawi.

“I was advised by religious experts not to rush into the religion and take it slow to gain deeper knowledge,” he said, adding that he would take heed of the advice to become a good Muslim.

Tunku Tun Aminah and Dennis are set to marry on Monday.

The public can follow the royal wedding “live” from Istana Besar on video screens at Dataran Bandaraya and the Johor Baru City Council building.