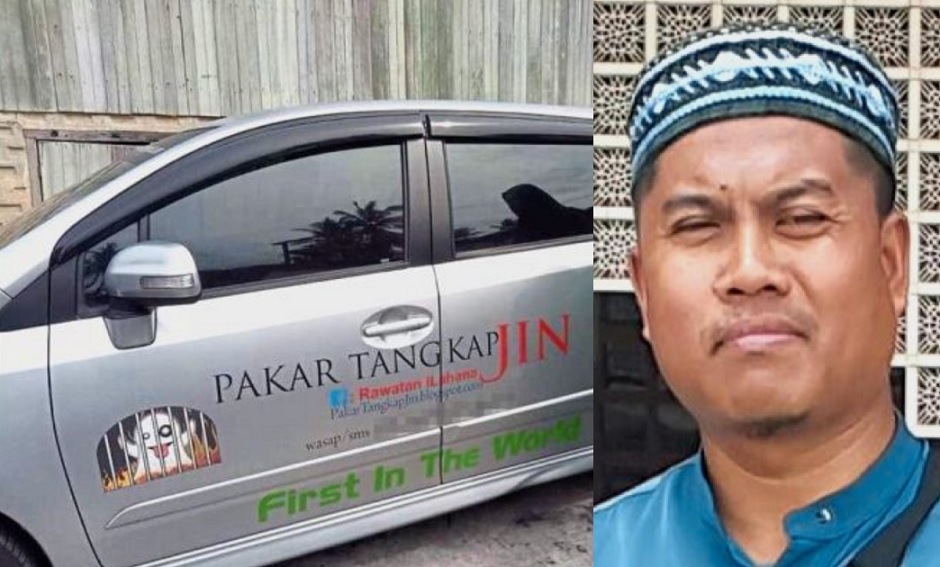 If there are spooky apparitions in your neighbourhood, who do you call? You call ghostbuster Sa’ad Ja’afar apparently.

The 44-year-old self-proclaimed hantu hunter will end the hauntings … and from afar.

All it takes is a phone call and no matter the distance, he will work on it.

Sa’ad said he can reach anywhere in the world from his centre here, to get rid of ghosts or end hauntings but the furthest he has done so thus far is Sabah – “I caught a jinn (an evil spirit) there”.

“I don’t need to be physically present to help those who need my services to rid their premises of the supernatural,” said the ghostbuster who hails from Melaka.

He claims his centre – Rawatan iLahana – is the “first in the world” to offer long-range ghostbusting services.

Assisted by Mohd Azim Adam, 46, Sa’ad started the centre in 2015 and claims to have cleansed some 300 locations nationwide to date. Among his satisfied clients, he counts 70 of different faiths.

In that time, he and his assistant caught a large number of jinn, which he said have been imprisoned at a secret location near a mosque.

“We keep them near a mosque so that they will be encouraged to repent for their sins,” he said.

It’s RM200 for a two-hour session but customers can pay according to their means, he said.

According to Sa’ad, the conventional way of fighting jinn and ghouls is to use black pepper and rock salt, “but these only scare them away”.

He said jungles, mountains, waterfalls, lakes and rivers are favourite haunts for such spirits.