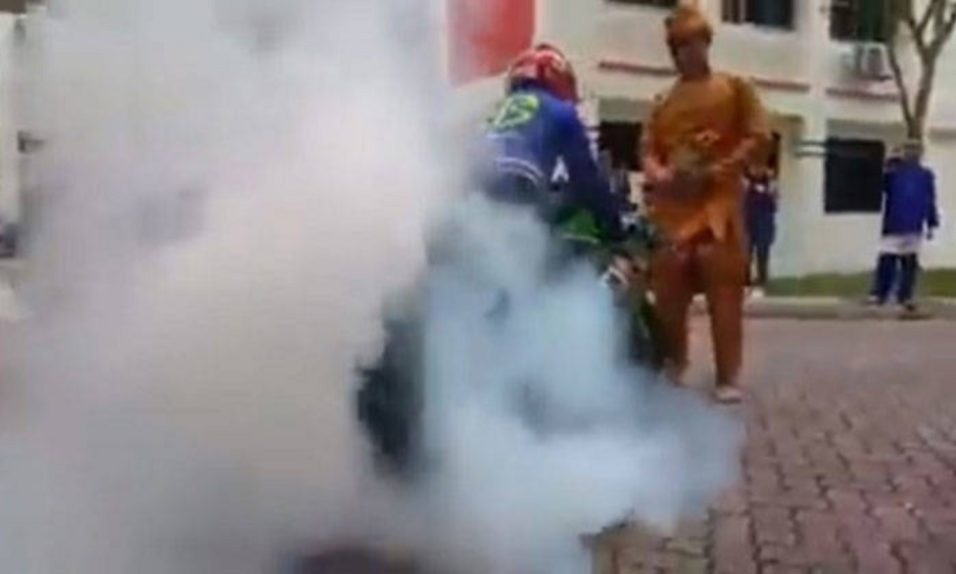 A 26-year-old biker is assisting police with investigations after a video of a motorcycle stunt being performed around a groom at a carpark went viral.

In the video of what happened that was posted on Facebook pages All Singapore Stuff and ROADS.sg, the biker can be seen revving the engine of his motorcycle while going in a stationary circle around the groom.

The stunt created a thick column of smoke and left a huge black ring on the ground of the carpark.

At the end of the video, the biker, who was clad in a blue jacket, rode away from the scene.

Around two weeks after the video made its rounds on social media, the biker was identified and tracked down by police.

Said a police spokesman with regard to what happened:

“The 26-year-old rider has been identified and is currently assisting Traffic Police in investigations.