Tricky, but necessary, to build resilience against security threats 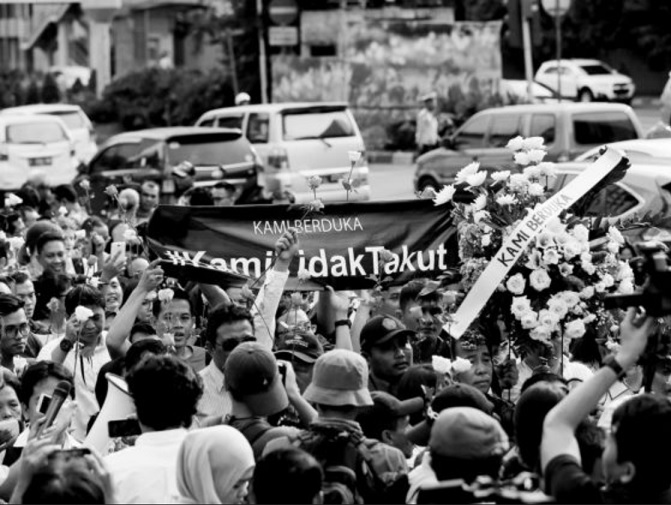 Terrorism and radicalisation will be an inescapable part of our lives from here on, and the main threats for 2017 and beyond should be divided into two parts.

The first is the foreign fighter blowback. With the so-called Islamic State (IS) suffering reverses on the battlefield in Iraq and Syria, many South-east Asian fighters will return home to Indonesia and Malaysia. They may also seek new safe havens such as in the southern Philippines.

In addition, they will seek to leverage issues which give them propaganda mileage that can reinvigorate their social media campaigns — such as the plight of the Rohingya.

And we should not be so quick to assume that it is simply South-east Asian fighters we will need to reckon with. One cannot discount the possibility of a wider movement of battle-hardened Uighur veterans who, for various reasons, cannot return to their home countries elsewhere.

For some sense of what is likely to happen with these returnees, we can look to Europe, where Western fighters have been trickling home for some time now.

Many are embittered by their experiences and disillusioned by the depravity of the IS; but some have come back even more determined to wreak havoc, and even more radicalised.

There is no reason to suppose that a similarly mixed scenario should not play out in South-east Asia.

RADICALS OF ANY FAITH

The second threat is radicalisation in general. We have to accept that this is not simply an issue of Islamist radicalisation. Religious revivalism is increasingly present in other major faiths.

Radicals inhabit the fringes of all these. And the sobering fact is that we live in a future where all sorts of individuals are going to be “radicalised” in some form or other — even those without strong religious convictions.

We should not forget that we have had an individual, a Singapore citizen, who has tried to join Kurdish militia to fight IS. Whatever his motivations — and there is some suggestion of alienation and wanting to do good — we need to understand that, in future, all sorts of people are going to want to fight for causes, or else take up some form of muscular activism.

This will be a rising trend and these impulses, if not managed, will lead to schisms within societies.

Terror networks can be interdicted and taken down. Security services are actually pretty good at this sort of thing. However, what all of us need to get our heads around is the rising tide of intolerance and, more precisely, tolerance for intolerance.

This is the second big issue we need to face. It is a phenomenon that did not start in South-east Asia, but it is creeping in. Traditional forms of syncretistic religious practice that have existed here for centuries (if not longer) are being replaced by a more hardline, less inclusive type of observance.

This type of feeling is fuelled by social media. As Foreign Affairs Minister Vivian Balakrishnan said last year: “We now live in a world of fragmented echo chambers — we hear what we want to hear, we ignore what we don’t want to hear, or inconvenient truths are not heard.

“And in fact, from an academic point of view, this leads to a ‘shallowing’ of discourse, a world in which there is a dearth of deep thought and cogent discussion across diverse perspectives. You get a more monochromatic world and a narrowing of minds.”

It is my view that Singapore will increasingly come to be seen as a beacon, not simply on account of good policymaking, which we have, but because parts of the world and our immediate environment are becoming increasingly insalubrious.

The echo chambers that Dr Balakrishnan and other leaders have talked about suggest a milieu in which people can choose simply to hear what they want to hear. This is especially problematic for a number of reasons.

One is that state and non-state actors are increasingly taking advantage of various mechanisms to subvert the truth and to peddle their own information, which may actually be quite distant from the facts. These may all the more easily be lapped up by groups of people within society who, for some reason or the other, might be susceptible to this kind of subversion.

Consider, for example, the masterful information-operations campaign that Russia has waged in Ukraine. There was a cyber takedown of the power grid, but more importantly was the media (including social media) manipulation and distortion of information which led many to believe the Russian point of view.

Seen from that point of view, what Russia had done was an entirely legitimate protection of Russian minorities living under persecution. The real point is, of course, that information had been bent and twisted to a level where no one was sure where fact ended and fiction began.

As commentators have increasingly observed, we live in a post-truth world. One could also argue that Russia did something very similar in the United States election. Why not? A state can nowadays accomplish aims allied to its self-interest that promise outcomes that are much more certain than diplomacy and much less costly than warfare.

The people of Singapore, therefore, should not assume that the “attack”, when it does come, will be a mass-casualty terror incident. This is what our agencies routinely hold drills for.

But the attack might equally be a cyber takedown — either a hacking attempt (and at least one government ministry, the Foreign Affairs Ministry, has suffered a major cyber hack) or some seemingly low-level but nonetheless persistent and insidious cyber effort to chip away at the resilience of our people.

The basic point is that, while keeping a wary lookout for Black Swans, we need to be aware of slow-burn issues too — particularly the kind that amount to attempts to sap away at the will of a people until the nation is itself shrivelled from within.

How do we counter this? Part of the answer lies in critical thinking — the ability to ruthlessly interrogate source material that comes before us. In this, the post-truth era, those digital natives who grow up knowing — either instinctively or through some form of instruction — the difference between the objective facts and fake news will have an intrinsic advantage over others.

A great deal will also boil down to resilience. This could be divided into two kinds. The Government has succeeded in hardening the obvious targets in Singapore and, over the past 10 years or so, focusing some attention on the “bounce-backability” of society.

The second part is more tricky but achievable. This has to do with how our society coheres and prevents fissures from forming after an event. This next leg is about a certain toughness and resolve that we need to develop more of.

Consider, for example, what happened after terror incidents and attacks worldwide. The Sydney hostage-taking in December 2014 was followed by a dignified viral campaign, “I’ll Ride with You”, to show solidarity with Australian Muslims. The Charlie Hebdo attacks in Paris in January 2015 saw the ground-up viral campaign “Je Suis Charlie”, while the Jakarta attacks in January 2016 saw the hashtag #KamiTidakTakut (Bahasa Indonesia for “We are not afraid”) go viral.

Each of these was seen to be a grassroots event and response. Do the people of Singapore have the wherewithal and gumption to rise up, to come together with dignity, resilience and resolve, and with minimal government intervention? Whether and how we can we can do this will be a telling indicator of the shape or form in which we make it to SG100.

Dr Shashi Jayakumar is a Senior Fellow and head of the Centre of Excellence for National Security at the S Rajaratnam School of International Studies, Nanyang Technological University.