You Know Why Malays And Indians Get Less Sleep? – Radio Kiss 92FM 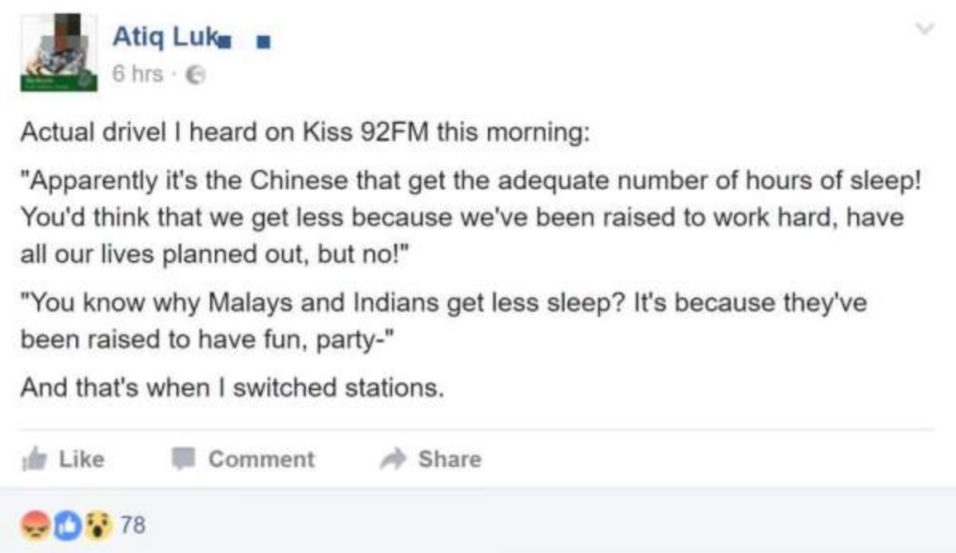 Local radio station Kiss 92FM’s  morning radio DJs Maddy, Jason and Arnold made a racially insensitive remarks which stereotyped the Malay and Indian minorities in Singapore. In a FB post, someone claimed to have heard the unpleasant remark over the radio and was immediately turned off by it.

The radio station were suprised at the sleep report claiming that most Chinese Singaporeans got enough sleep whereas minorities get less sleep. It is unclear who actually made the comment but one of the DJs opined that Malays and Indian Singaporeans get less sleep because they were raised to have fun and party.

Is this the becoming of Singapore’s local radio station? Have they no regard for the feelings of the Malay and Indian community in Singapore even if it were meant to be a joke? I totally agree with the FB user who posted the photo; not going to listen to Kiss 92FM again.