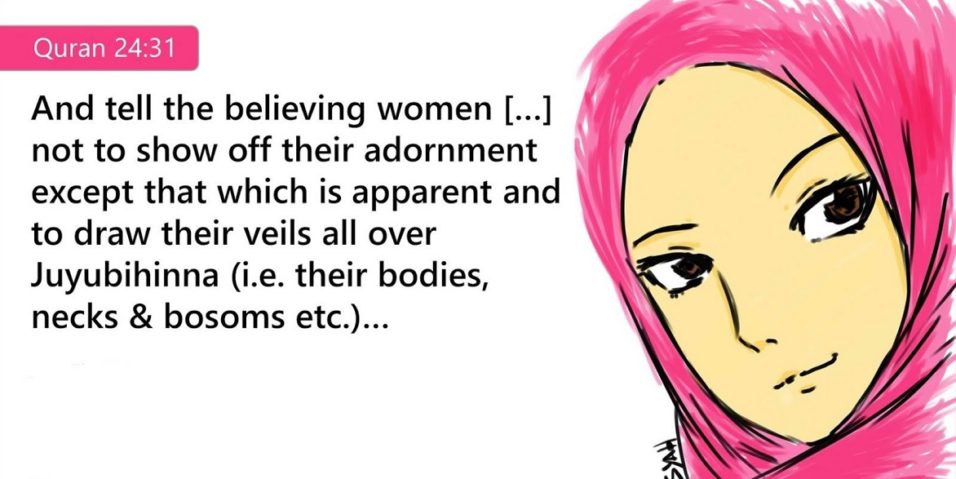 Recently the Irish Police has announced it will follow in the footsteps of its Scottish and Northern Ireland counterparts by allowing it’s Muslim Women Officers to wear the hijab while on duty. This is line with that adopted by police services such as the Police Northern Ireland (PSNI), Police Scotland, New Zealand Police, NYPD, and other police services in the UK, Australia and Canada. (https://www.irishlegal.com/…/muslim-garda-to-be-allowed-to-…).

The central reference points for the Islamic code of dressing are the Quran, the Hadiths which is a report of Prophet Muhammad’s (peace be upon him) sayings and the Sunna (normative examples set by Prophet Muhammad’s (peace be upon him) life. The references to head coverings found in the Hadiths, the Sunna, and the Quran, in particular, are believed to form the basis for the hijab or tudung being regarded as an integral part of a Muslim woman’s attire. (Reference: The Holy Quran Chapter 33 Verse 59: https://quran.com/33/59 and Chapter 24 Verse 31 https://quran.com/24/31)

From my research, I have found that wearing the headscarf as part of practicing hijab or dressing modestly has become more common among Malay Muslim women in Singapore now compared, for example, to the 1950s and 1960s. This development occurred in line with the global Islamic Renaissance and revival in the 1970s.

Today, as the photo of our Head of State, President Halimah Yacob, wearing the hijab hang in all public sector offices, one question being asked by the community at large is when will Malay-Muslim women in public service frontline roles, like police officers and nurses, be freely allowed to wear hijabs at work in Singapore.

The local Muslim community has been informed by the Government from time to time that they understood the community’s perspective on the tudung and that the Government’s position has not been static, hence the community needs to be patient. However, it would seem that there is still much progress to be made on this issue. Nevertheless, hijab-wearing women are generally accepted in the workplace, as can be seen in many offices around Singapore. Nevertheless, anecdotal evidence suggests that the hijab is not accepted in many lines of work, including nursing, hospitality, and uniformed groups such as police, civil defence, and armed forces. In the case of nursing, this may create a strange contradiction where female Muslim doctors are permitted the hijab whereas their counterparts in nursing are not.

The call for greater acceptance of the hijab in the workplace is not a rallying cry for the Islamisation of Singapore. Muslims by and large live in harmony with non-Muslim neighbours, colleagues, and peers. Greater recognition of the hijab would, in fact, encourage better integration among Singapore through a better understanding of the beliefs and practices of different communities. Acceptance of the hijab would also increase employment by encouraging greater participation of Muslim women in the workforce, without forcing them to choose between practicing their religion and earning a livelihood.

In conclusion, I was reminded recently and moved by a young lady’s appeal that if Singapore is truly the multireligious and multicultural nation that we claim to be and if we were to be true to the words in our Singapore pledge, then perhaps our society today would be a better place and the workplace would be less discriminatory against a harmless woman in a headscarf who has similar goals and aspirations as any other regular Singaporean. Furthermore, a Muslim woman should be allowed to exercise her freedom to practice her faith (as enshrined in the constitution) and to don the headscarf at work if she so chooses.