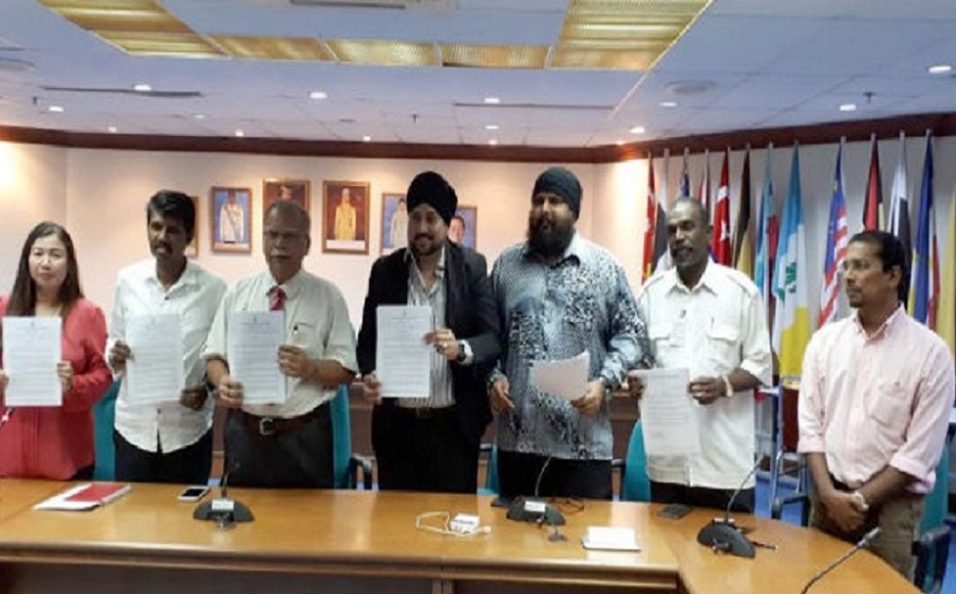 Gopi Krishnan Gopal, who operated a stall in Politeknik Seberang Perai (PSP), Penang, has now claimed that he was told to convert to Islam if he wanted to continue running his business.

The 45-year-old former engineer claimed that the PSP head of administration, who allegedly told him and his wife, Khor Hong Geik, to convert, has since retired.

Gopi Krishnan also claimed to have received calls from various quarters, including a government officer from Putrajaya, who told him to “keep things quiet” as there were efforts to get his stall reinstated.

“I told the officer to raise the issue with Prime Minister Najib Abdul Razak’s department and to ask the PM to ensure that all polytechnics in the country have a canteen operator to provide food for non-Muslims, especially vegetarians.

“We are not asking for a temple to be built in the polytechnic, just a stall to serve non-Muslims, some who are vegetarian due to religious reasons,” he said, adding that he served 1,200 non-Muslims students in PSP. 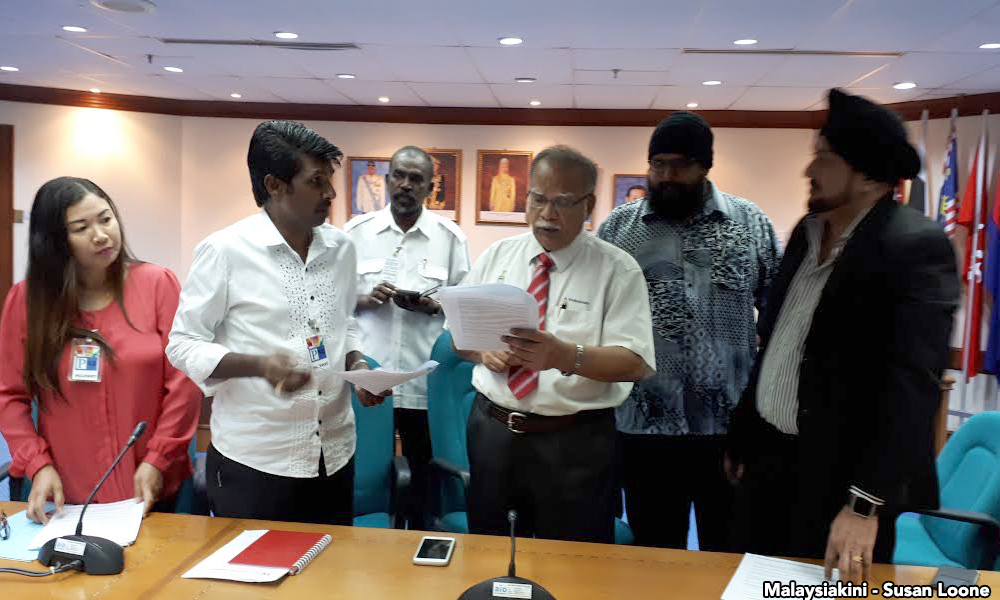 Gopi Krishnan (second on left in photo) would be lodging a police report on the matter and is also mulling legal action against the polytechnic.

Malaysiakini is in the process of contacting the polytechnic and Deputy Education Minister P Kamalanathan on the latest allegation.

Previously, Kamalanthan said the canteen operator was terminated from PSP due to “administrative reasons”. The deputy minister denied it had anything to do with racial or religious extremism.

The polytechnic has also denied allegations of racism, adding that a police report was lodged on June 26 on the contents of messages on the matter that went viral.

It is learnt that some 300 students have signed a petition, calling on the institution to reinstate the canteen operator, while several quarters have condemned PSP for its handling of a non-Muslim canteen operator.

Gopi Krishnan had been operating his canteen in PSP since September last year but was told to fold up his business by June 30, which is tomorrow.

He failed to obtain the permit for his stall despite meeting all the conditions stated in an open tender, which PSP held in May.

Gopi Krishnan was the only non-Muslim among 12 operators who participated in the open tender.

He was later told by the same head of administration, who allegedly told him to convert to Islam, that he was unable to fulfil the ISO syariah procedures.

Ramasamy said the syariah compliance procedure was something new and surprising.

“Why should a non-Muslim trader be subjected to this law? Are there requirements that in public institutions built with taxpayers’ money, both Muslims and non-Muslims, must practice syariah?

“Gopi Krishnan is clearly a victim of racial and religious intolerance in public institutions,” he said.

Ramasamy called on Kamalanathan, who is also MIC education bureau chief, and the entire PSP management, to resign.