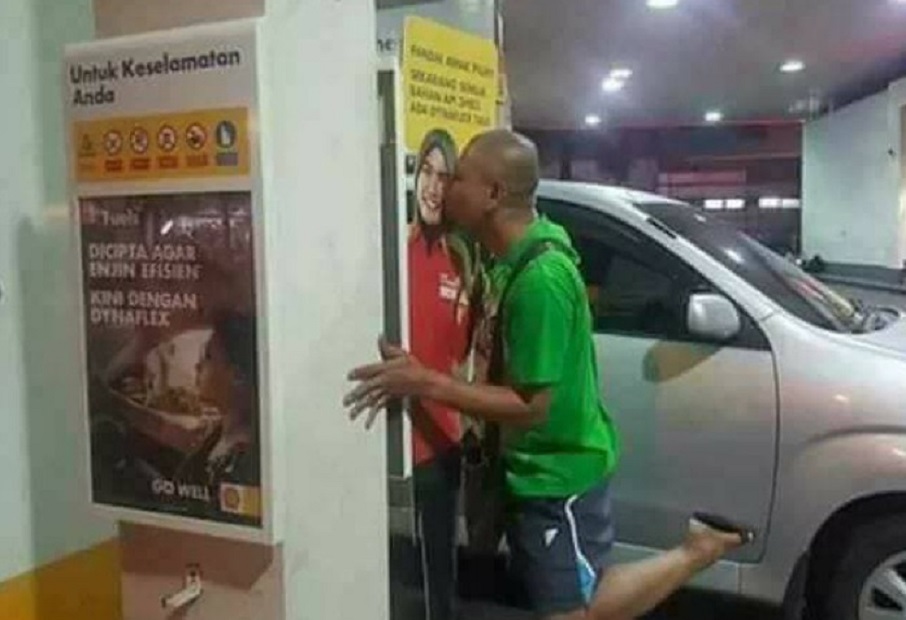 Oil giant Shell today said today it will be removing all standees modelled by one of its Malay Muslim woman employees following viral images of the men in suggestive poses with her cardboard cut-out.

Shell also advised the public against further sharing such images which it termed as “distasteful”.

“We are aware that pictures of several individuals photographed engaging in distasteful and suggestive acts with a promotional standee at our retail stations are circulating online.

“We do not condone this disrespectful act, which is completely against the culture of Malaysians and Shell’s core values. We urge netizens and members of the public to refrain from sharing these images further.

“The standee will be removed from all our sites with immediate effect,” it said in a statement.

Several photos that have been making the rounds on social media showed men holding hands with the cut-out, kissing its cheek, and even grabbing at the breast.

The model pictured in the Shell promotional standee, Nor Shafila Khairusalleh, 25, was reported saying yesterday that she was perturbed by men “molesting” her likeness.

The petrol station supervisor told mStar Online that she could accept men who posed kissing or hugging her likeness, but not if they went overboard as it would be akin to sexual harassment.

“They may just be joking, but I feel ashamed because that is still myself although it is just an image,” she was quoted saying.

Nor Shafila was also reported that her husband was distressed seeing men “molest” his wife’s image, but that he remains an understanding partner.