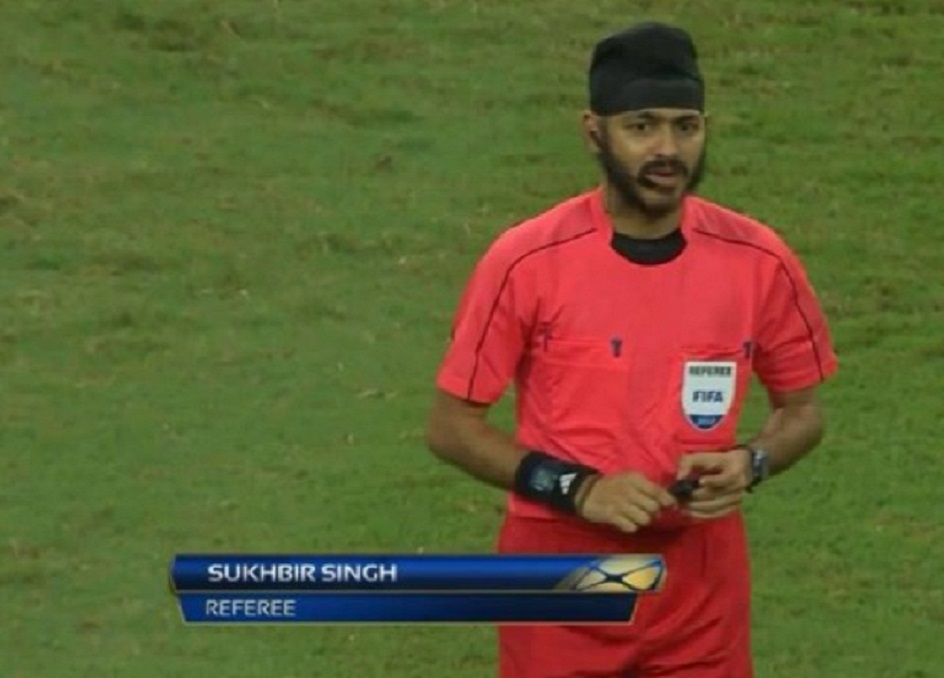 The comments came after Sukhbir had made some controversial decisions while officiating last Saturday’s International Champions Cup match at the National Stadium, where Inter Milan beat Chelsea 2-1.

FAS vice-president Edwin Tong told The New Paper yesterday: “The FAS does not condone any form of racial abuse towards our referees, players, coaches or officials.

“This is especially unfair for our volunteers such as referees, who sacrifice a lot of their personal time to help with officiating our matches.”

Sukhbir had awarded a contentious penalty to Inter in first-half added time after he adjudged Cesar Azpilicueta had fouled Stevan Jovetic in the box.

The Inter man dusted himself and scored from the rebound after Thibaut Courtois saved his spot-kick.

In the second half, with Inter leading 2-1, Chelsea’s Michy Batshuayi had a goal chalked off for offside.

During and after the game, there were several racist remarks directed at Sukhbir on Twitter.

Fifa match agent Baljit Rihal tagged Britain’s anti-discrimination group Kick It Out, who confirmed it has “received the information regarding discriminatory comments” which have been passed on to its reporting officer.

Kick It Out added that it could not make further comment on any potential consequences or repercussions as the incident is under investigation.

Tong also told TNP that the FAS would consider making a police report if the complaints of racial abuse are valid.

“Any such abuse must be fully investigated and appropriate action must be taken against the abusers,” he said.

“We urge our football fans and supporters to be restrained in their criticism of our officials.

“While they are entitled to criticise performances, they should not go overboard and bring in sensitive matters such as race or religion.”