Woodlands Crash Victim Was A Father Of Two, Who Just Moved Into New Flat With Family

Rilek1Corner > Singapuraku > Woodlands Crash Victim Was A Father Of Two, Who Just Moved Into New Flat With Family 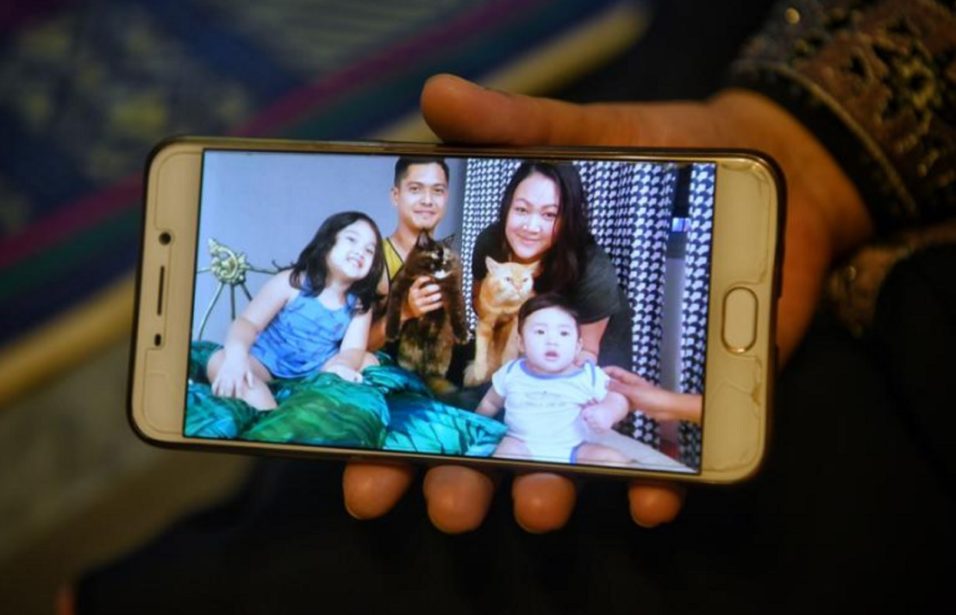 Mr Muhammad Khairman Mohamed Sabari and his wife had planned an open house this weekend at their new four-room Woodlands Rise flat which they had moved into just a week ago.

Instead, around 100 people gathered at the home on Tuesday (Aug 8) to bid farewell to the 30-year-old delivery driver, who was killed at about 7.30pm on Monday (Aug 7) after a car crashed into the motorbike he was riding.

The car had been travelling in the opposite direction when it mounted a divider before crashing into Mr Khairman near the junction of Woodlands Avenue 12 and Woodlands Avenue 1. The driver of the car has since been arrested.

Mr Khairman’s wife, Ms Nur Elina Sukhaimi, 31, told The Straits Times that she first suspected something was wrong when she called him and found his mobile phone turned off.

Typically, Mr Khairman, the youngest of three male siblings, would pick his wife up on his way home from work. But on Monday, she had gone home herself as he was running late, said Ms Elina, who is in customer service.

In her last text message to him at around 6pm, the couple discussed what to buy for their new home.

“I tried calling him around 7pm to confirm what he wanted for dinner. He had earlier agreed on fried rice. But his mobile phone was off, which was very unusual,” she said.

At around 9pm, her brother told her that a motorcyclist had been involved in an accident in Woodlands. Ms Elina, who had been married for almost five years, was still unable to contact her husband, who worked for DFS Venture Singapore in Kallang.

Worried, she went to a nearby police station while her brother and cousins headed to the crash site. It was at the station where Ms Elina received the news from her brother that her husband had been killed.

The accident had been filmed on the dashboard camera of a nearby car. It was making the rounds on the Internet on Monday night.

Ms Elina said she watched the clip only after she received the bad news and has been unable to forget what she saw. She recognised him on the Yamaha RXZ motorcycle he had owned for two years.

She said: “He was a very safe road user. He was a driver for the longest time from national service till now… But judging from the video (clip), there’s no way he could have escaped.”

She met her husband when they were in Woodlands Ring Secondary School. She described him as a quiet person who loved being around family.

“He would help people in trouble and give them advice,” Ms Elina said. “People looked up to him like a big brother. I’m really going to miss his smile.”

Ms Elina said that the children do not yet know about the accident.

“Rihanna doesn’t know about her father’s death,” she said. “She just thinks it’s Hari Raya because there are many visitors to our home.”