Silat Helps Teenager Transform From Victim Of Bullying To Victor 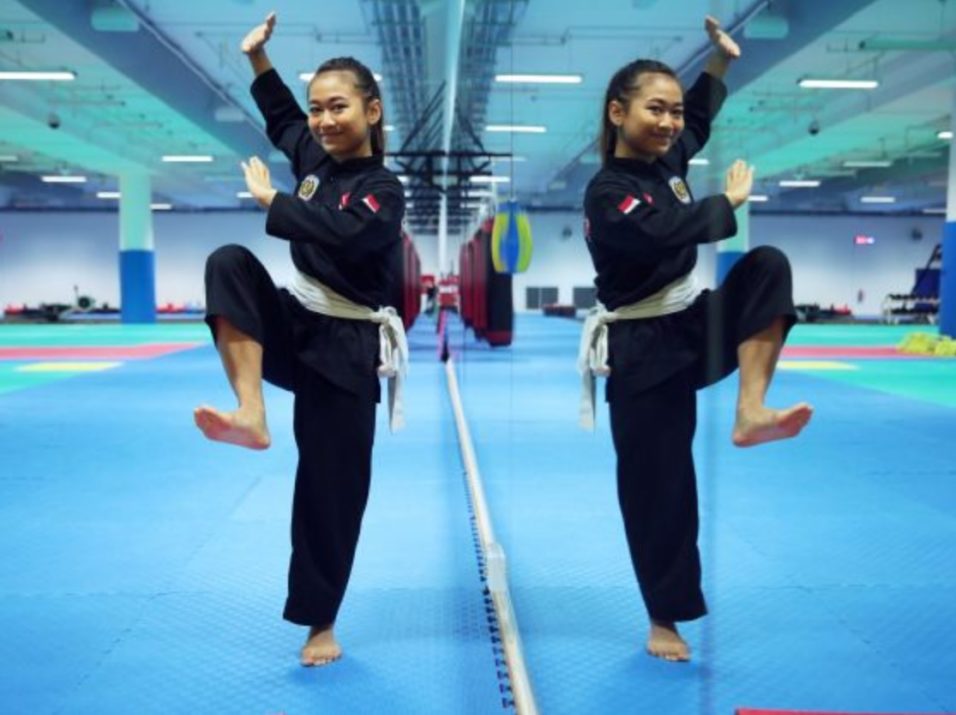 When she was 11, Nurzuhairah Yazid became the victim of bullying in her primary school for reasons that remain a mystery to her to this day.

The timid and quiet girl did not dare to speak out against her bully, opting instead to suffer in silence as she was tormented.

Things finally changed when her mother encouraged her to take up silat to build her mettle and fortitude.

Throughout her training — she began in the Tanding (combat) category — Nurzuhairah said she gradually “transformed” into a more confident and outspoken person.

The change in Nurzuhairah also ensured that the bullying stopped within the year.

However, Nurzuhairah’s journey in silat would continue.

Today, the 19-year-old is one of Singapore’s top prospects in the sport.

She won the same event at the SEA Pencak Silat Championships in the Malaysian capital in March.

While admitting feeling “nervous” ahead of her SEA Games debut, Nurzuhairah says she will embrace the challenge.

“I will be going up against people who are more experienced than me …those with world championships experience, so it will be tough for sure,” said Nurzuhairah, who will also be competing in the Regu (artistic team) event.

“But if I can win gold at the SEA Championships, which features most of the SEA Games competitors, why can’t I do so for the Games as well?

“I’m quite positive of my chances…I know that nothing is impossible and I know I have the capability to do it.”

And while the fighter may stand at just 1.54m, Nurzuhairah’s rivals would do well not to underestimate her power and technique, Sheik Alau’ddin warned.

“She may be small, but she packs a lot of power,” declared the former silat world champion. “She has more or less perfected her movement and technique as well, I don’t intend to overwhelm her with such a lofty target but I have full confidence in her ability.

“She’s very dedicated to her training, but now, the key is to get her mind for the Games right, because the sport and her event requires full concentration and nerves of steel.”

Sheik Alau’ddin added that even though he and his coaching team would “push her (Nurzuhairah) to the limit” during training, she would still always “give her 100 per cent” every day.

Nurzuhairah however, admits to suffering days when the toll of her practising, coupled with the pressure from her studies, caused her to break down and cry.

“I remember there was once when I was taking a bus back home from school, I was feeling so stressed with everything that I couldn’t help but just burst out crying,” said Nurzuhairah who graduated from the business services course at the Institute of Technical Education (ITE) College Central earlier this year.

“It’s not been easy juggling the demands of my training with my studies. From secondary school all the way to ITE, I’ve always found myself lagging behind in class and needing to play catch-up. In fact, I expected to fail my modules at ITE and not graduate this year, so I’m quite surprised and proud that I managed to do so in the end.

“Despite the difficulties, I keep going with silat because it brings me joy, and I want to make full use of my youth to fulfil my potential in the sport.”

The eldest in her family, Nurzuhairah also finds meaning in being a role model and example to her younger brother and sister, who have also taken up the martial art.

“I’m happy to be the trailblazer in the family for silat,” she said.

“My hope is that I’ll be able inspire them and show them that it’s possible to go far in the sport.

“They, along with my parents, have been immensely supportive of me in my silat journey. I want to show them that their belief in me is justified.

“That is why I will put my heart and soul in this sport, and work hard so that I will one day become a world champion and make my family proud.”