Primary School In Selangor Under Fire For Segregating Drinking Cups For Muslims, Non-Muslims 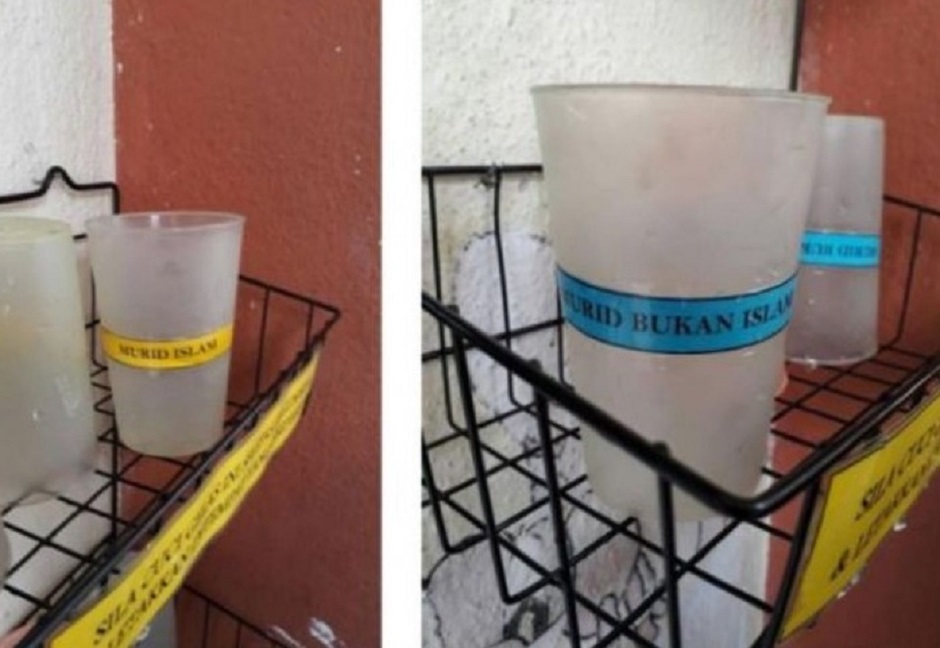 A primary school in Selangor has come under fire for segregating drinking cups for Muslim and non-Muslim students.

A school canteen operator said the labelled cups have been used since last year, under the previous school principal who has since been transferred, Free Malaysia Today reported. But school authorities refused to comment, the news portal said.

Reports on the practice have gone viral in Malaysia, with authorities, parents and netizens criticising the school.

Perak Mufti Tan Sri Harussani Zakaria said the practice was discriminatory and could lead to hatred of Islam, according to Free Malaysia Today.

“This should not have happened. We should know the ruling. Don’t be too rigid that others would begin despising us. Islam pays importance to human relations,” he was quoted as saying.

He said there was no basis to separate utensils even if Islam prohibits its followers from consuming certain kinds of food.

“Even if one consumes pork, that does not mean his lips are unclean.

“If there are certain quarters who have an issue with it (drinking from cups used by others), they can ask their children to bring their own cups and drinks.

Noor Azimah felt that imposing one’s religious values on others is not the way forward, especially for children.

The MCA Religious Harmony Bureau called on the Education Ministry to immediately order the school to stop the practice, accordiing to The Star.

Its chairman Datuk Seri Ti Lian Ker said the current head or administrator of the school must apologise to all students and parents for the “discriminatory” practice.

“Schoolchildren do not know racism. Such prejudices are inculcated by adults during a child’s formative years. If necessary, suspend the former principal from all duties that involve interaction with the public,” he said.