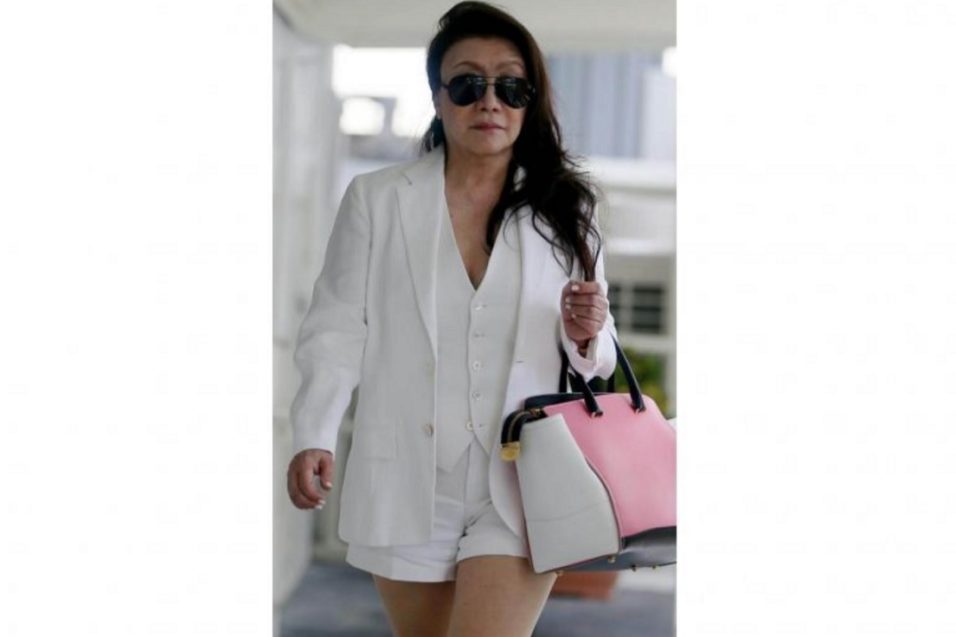 He suffered a cut above his right eyebrow.

On the first day of the trial on June 5, this year, Mr Chong, 39, testified that he was in his BMW and waiting for a parking space along the one-way road when Shi drove by in her red Ferrari.

Mr Chong said Shi started to shout and sounded her horn as she wanted him to move his car.

He told District Judge Chay that he stayed put as the road was wide enough for other vehicles to pass through easily.

He added that Shi became very upset and launched into “verbal diarrhoea” against him.

Mr Chong said she got out of her car to snap pictures of him, holding up traffic as there were other vehicles behind them.

He then told her: “Don’t know how to drive, don’t drive a Ferrari.”

Mr Chong said Shi then moved towards his car and punched him on the right side of his forehead through an open window.

The court heard that she was wearing rings on her fingers and the blow caused a cut on Mr Chong’s forehead. He called the police after she drove away.

An advertising agency executive director, Mr Stephen Choy Ying Whye, who also took the stand on June 5, said he was in another car nearby when he saw Shi stepping out of her car. When cross-examined by Shi’s lawyer, Mr Irving Choh, Mr Choy also testified that Mr Chong had not uttered any vulgarities to her.

Shi took the stand on June 29 and admitted that she had assaulted Mr Chong.

However, she said her behaviour was justified as he had abused her with vulgar language. She also testified that she had not punched, but slapped him.

She added: “I was very stunned, shocked and humiliated… He was not a respectable gentleman. My instinct was to give him a slap, (and) I did.”

She is now on bail. Her mitigation and sentencing will be held at a later date.

Besides causing hurt, Shi has six other charges against her which will be dealt with at a later date.

She was in the news last year over a case involving a rain tree on her Astrid Hill property, near Holland Road. Its branches were encroaching into her neighbour’s front yard and the judge ordered her to trim them and pay the neighbour damages.

Four of the charges against her that have been stood down for now relate to the Astrid Hill rain tree incident, including one count each of criminal trespass and committing a rash act.

The other two charges relate to an incident on June 29 last year, when Shi allegedly stopped her car between the third and fourth lanes of Orchard Road, just after the Claymore Road junction, causing an obstruction there.

Offenders convicted of assault can be jailed up to two years and fined up to $5,000.