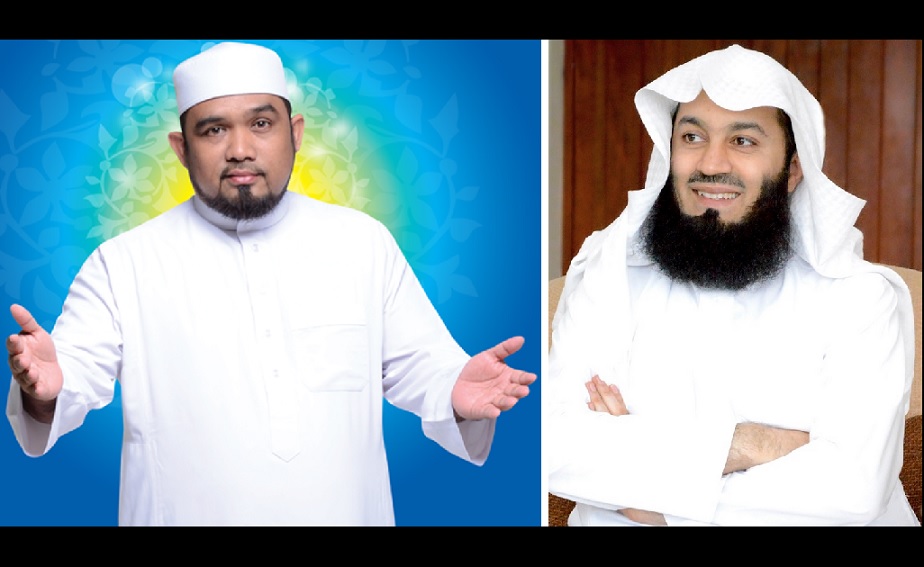 Two foreign Islamic preachers, whose hardline teachings run counter to Singapore’s multi-cultural and multi-religious values, have been barred from entering the country.

One of them, Zimbabwean Ismail Menk, has asserted it is blasphemous for Muslims to greet believers of other faiths during festivals such as Christmas or Deepavali.

The other, Malaysian Haslin Baharim, has advocated that in multi-cultural and multi-religious societies, non-Muslims should be made subservient to Muslims.

The Ministry of Home Affairs said on Monday (Oct 30) that both men had been engaged to preach on a religious-themed cruise departing Singapore on Nov 25 and returning on Nov 29 but will not be allowed to enter Singapore.

It added that the decision was made in consultation with the Islamic Religious Council of Singapore (Muis), Singapore Tourism Board and Maritime and Port Authority of Singapore.

“Ismail Menk and Haslin Baharim had previously had their Miscellaneous Work Pass applications to preach in Singapore rejected. They will not be allowed to get around the ban by preaching instead on cruise ships which operate to and from Singapore,” said the MHA in its statement.

MUIS, announcing in a separate statement that it had not supported their applications to preach in Singapore, said their teachings “run counter to the values Singaporean Muslims uphold dearly that can contribute to a progressive and thriving religious life in Singapore”.

The barring of both men comes a month after two Christian preachers were denied entry by the MHA for having made denigrating and inflammatory comments of other religions. They had applied for short-term work passes to speak in Singapore.

Government leaders have cautioned against foreign preachers whose extremist teachings can spread ill will among people of different religions and threaten social harmony and cohesion.

Mr Menk and Mr Haslin have both preached in the region and have built a following online.

The MHA said Mr Menk is known to preach “segregationist and divisive teachings”, citing his assertion that it is “the biggest sin and crime” for a Muslim to wish a non-Muslim “Merry Christmas” or “Happy Deepavali”, while Mr Haslin has expressed views that promote disharmony between Muslims and non-Muslims, whom he describes as “deviant”.

“Such divisive views breed intolerance and exclusivist practices that will damage social harmony, and cause communities to drift apart. They are unacceptable in the context of Singapore’s multi-racial and multi-religious society,” the MHA said.

It added: “The Government has a responsibility to safeguard social cohesion and religious harmony in Singapore. Singaporeans too need to play their part, to unequivocally reject and guard against divisive doctrines and preachers who propagate such doctrines, regardless of the faith they represent. They are detrimental to our society and way of life, and will undermine the fundamentals of Singapore’s peace and progress.”

MUIS said a review of both men’s background and past teachings found that their views contravened the code of ethics of Singapore’s Asatizah Recognition Scheme.

MUIS administers the scheme and is also tasked with assessing applications of foreign preachers who want to speak in Singapore.

It said in its statement that it does not support applications of preachers whose views contravene the scheme’s code of ethics, and “whose ideas are deeply problematic and very unsuited to a multi-religious context in Singapore. This includes teachings with absolutist leanings”.