Prime Minister Lee Hsien Loong announced a slew of changes in his new Cabinet on Monday, including one that may signal a possible successor.

Heng’s appointment sees him getting the “traditional exposure for a DPM-in-waiting”, said Senior Research Fellow at the Institute of Policy Studies Gillian Koh.

Commenting on the fourth generation of leaders, Koh said, “I think that the heart and head of this fourth generation group will still require time, exposure and experience to be shaped and refined but it looks like Mr Heng Swee Keat is head over shoulders above them.”

Inconvenient Questions editor-in-chief Viswa Sadasivan said Heng, as former Managing Director of the Monetary Authority of Singapore, has the “aptitude” to take over as Finance Minister.

“That could be a very important testing ground to see whether Heng Swee Keat has the versatility to manage these two portfolios,” Viswa said. “Education and Finance are critical portfolios to be prime minister.”

With Heng’s departure, newcomers Ong Ye Kung and Ng Chee Meng were both appointed Acting Ministers for Education, with the portfolio split between Higher Education and Skills, and Schools.

The appointment of two first-timers, a former air force pilot who rose to Chief-of-Defence and high-flying civil servant who left for the private sector, “marks the quick promotion of the new recruits”, said Koh.

Bilveer Singh, Adjunct Senior Fellow at the S. Rajaratnam School of International Studies (RSIS), said the two were placed in the Education ministry to be “tested and tried”.

“They’ve been thrown into the deep end, and Education is a hot potato in this country, one of the most important ministries,” Singh said.

Despite not being the “obvious choices”, Viswa said the pair might bring “a certain maverick streak” into Education. 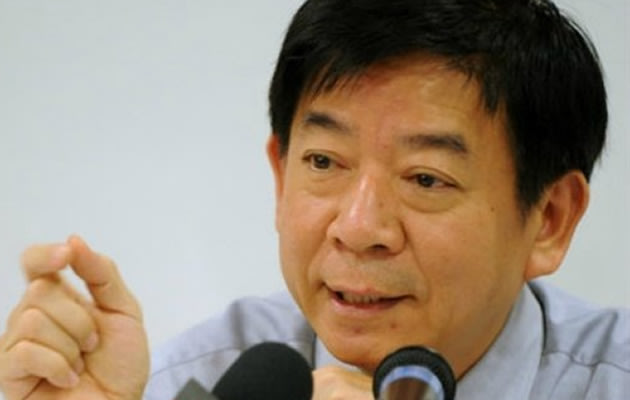 Will Khaw be the transport fixer?

Perhaps the hottest topic of discussion prior to the Cabinet announcement centred around who would be the next Transport Minister after Lui Tuck Yew opted not to stand for re-election.

Confirming earlier speculation, former Minister for National Development Khaw Boon Wan was handed the Transport portfolio, and was also appointed Coordinating Minister for Infrastructure, a position which draws on his past and present experience.

“Having been at MOH (Ministry of Health), MND and now at Transport, he pulls together his knowledge and expertise very nicely,” said Koh.

Khaw was “tried and tested in difficult areas” like health and housing, Singh said.

“His experience in MND will be extremely critical in overcoming all the gridlocks in the country over transport,” he added.

Khaw, in his first blog post as Transport Minister, said it would have been “selfish” of him to say no when approached by the Prime Minister about taking up the position.

“If my term turns out to be a thankless job, the loss is personal. But if we succeed collectively in transforming the city, the benefits will go to millions of Singaporeans,” he wrote.

Khaw has an “established track record of being a fixer”, said Viswa, and the move showed the need to “bring back public confidence” in the Transport ministry and “dispel the notion that anyone who becomes Transport Minister has one term”.

“In MND, he fixed in four years what his predecessors couldn’t in 15,” Viswa said.

Fu’s appointment makes her the first woman to head a ministry, and she was also appointed as Leader of the House, another first for female politicians in the country.

“Grace Fu fits the bill perfectly… She’s got the cultural temperament, the language temperament, and a genuine interest in the arts… That’s like a slam dunk,” Viswa said.

Singh highlighted the MCCY as a “significant” and “important” ministry in a developed country like Singapore.

“It is the confidence the government has that she (Fu) can run a ministry single-handedly, and I think that’s an important signal which is coming from PM Lee,” Singh said.

Koh, who has called for women to be given “heavyweight portfolios”, said the move was “wonderful”, and suggested there may be room for even more female ministers in future Cabinet reshuffles.

“I think that at this stage, the men and women will be in that competition as equals – talent, political nous, the ability to be people-centric while showing technocratic ability will come into play,” said Koh.