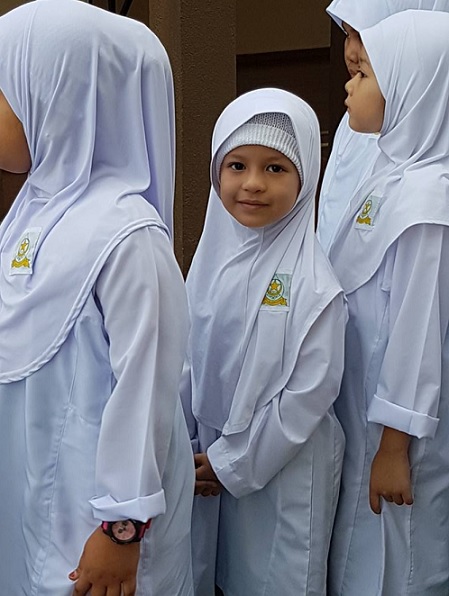 40 year old Zubayry Abady did not know how to put on the tudung for his daughter which always ended up titled.

He uploaded a photo of her on Facebook and it went viral after receiving much attention and sympathy.

It probably resonated with the public and people started contacting him to pass him tudung for the child, and even offered to come over to give some pointers. Many gave him encouragement to carry on.

Truth is, the man’s wife passed away a year ago and he have been taking care of his children by himself.

And Zubayry meant it as a sharing session but did not expect the overwhelming response. His word of advice is: do not complain when your wife or children take a longer time to get ready as it really takes time and effort to put on the tudung properly.