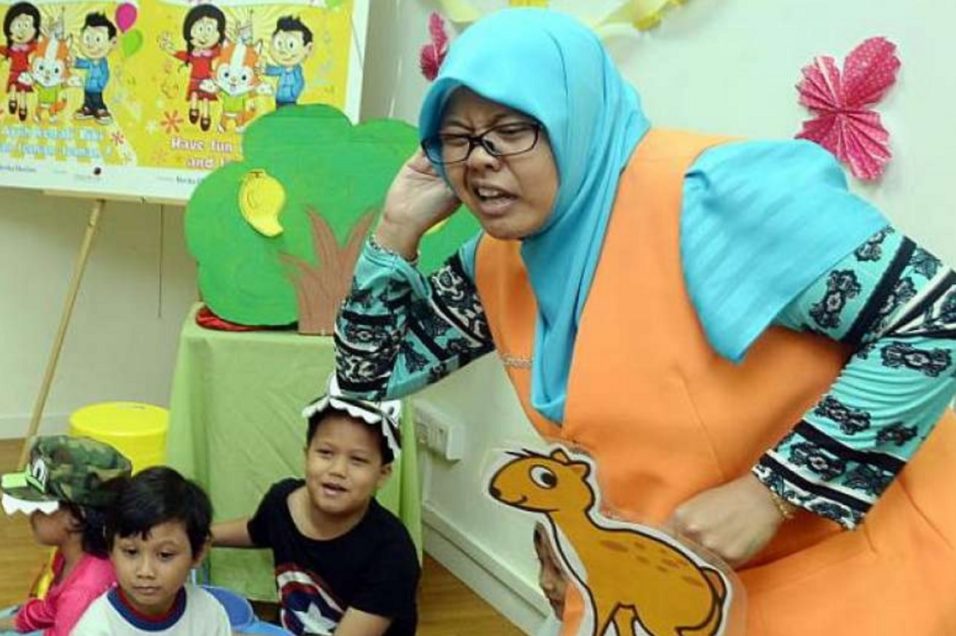 Author and storyteller Jumaini Ariff’s fondest memories of the Malay language come from her childhood, when she listened to the radio at home.

“I would sit at the counter while my mother was cooking, and other than speaking to her or annoying her, I would learn things like pantun (rhymes)… how they speak, how they addressed the elderly and… storytelling,” said the 38-year-old.

With eight Malay-language books published, she sees herself as an educator for her tongue, which is why she jumped at the chance to be one of this year’s three duta bahasa (language ambassadors) for Bulan Bahasa, or the Malay Language Month.

She has already participated in Bulan Bahasa multiple times.

During its launch on Sept 9 at the Malay Heritage Centre in Kampong Glam, she will tell stories with live gamelan music accompanying her.

There will be a series of programmes on 2017’s themes of ilmu (knowledge), budaya (culture) and mesra (relationships), spread out between Aug 15 and Oct 15, and in a mixture of Malay and English for members of the public to enjoy.

The location of the launch, as well as the focus on culture as one of this year’s themes, means that most of the programmes will be in Malay.

The festival was launched in 1988 by the Malay Language Council to encourage the use of Malay in the everyday lives of Singapore’s Malay community.

Said chairman of the Bulan Bahasa 2017 committee, Ms Rahayu Mahzam: “Our legacy, stories and values can survive the test of time only if we make the effort to preserve our appreciation of the Malay language.

“Our mastery of the language can only enrich our understanding of our Malay identity. It is important to perpetuate this in the younger generation so we can continue to flourish as one community.”

Ms Rahayu told The Straits Times that the challenge lies in getting people to use Malay in their daily lives and to learn to appreciate the importance of preserving the Malay culture through the language.

“The celebration of the Malay culture is out there – everybody loves Malay culture and it’s easy to have activities revolving around it, but the appreciation of how language ties in with that is not as strong,” she said, citing the example of silat, the Malay martial art form, and how people may not appreciate the strong links between the cultural value of the weapons and moves and the Malay words for them.

In light of recent language gaffes, such as the use of a wrong character in the Speak Mandarin Campaign launch and wrongly typed Tamil in some National Day Parade pamphlets, she said that the Malay Language Council has a large network of people which it taps to ensure the correct translation and dissemination of Malay-language material.

Ms Rahayu, who is a member of the council, said the network is composed of people such as literary experts, teachers and previous Bulan Bahasa language ambassadors.