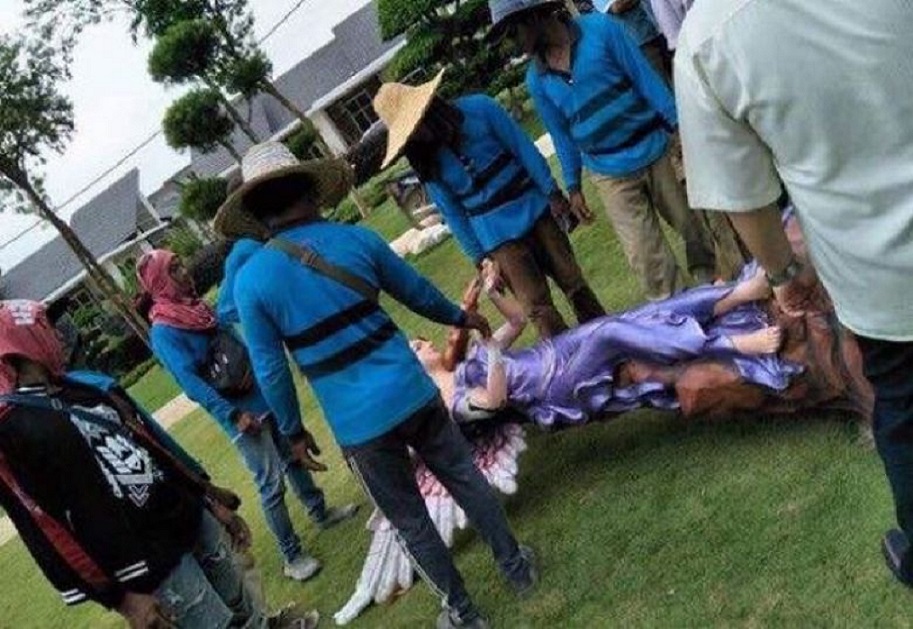 A theme park in Kedah has been ordered to remove 20 statues after complaints that they were “god-like” and inappropriate. On Thursday (Aug 10) the Kulim district office made the decision to direct property developer ECK Sdn Bhd to remove the statues erected in a Bali-themed park at Taman MBI Desaku in Padang Meha, Kulim. They have until Sept 30 to do so.

Kulim district officer and administrator Mohamad Che Nai said: “We have also instructed the developer to provide the district office with a written list of the statues and new ones which they plan to build for submission to the state mufti for consideration on its suitability,” he told reporters on Thursday. The mufti is the most senior Islamic religious officer in the state.

Last Tuesday (Aug 1), the district office had ordered the theme park to be closed and that two statues of winged women be removed, following complaints on social media from people who were uncomfortable with the display of god-like figures. The unique park has attracted visitors with displays of more than 30 figures and sculptures of numerous sizes in the form of movie characters like Optimus Prime from Transformers, Spiderman and Snow White.