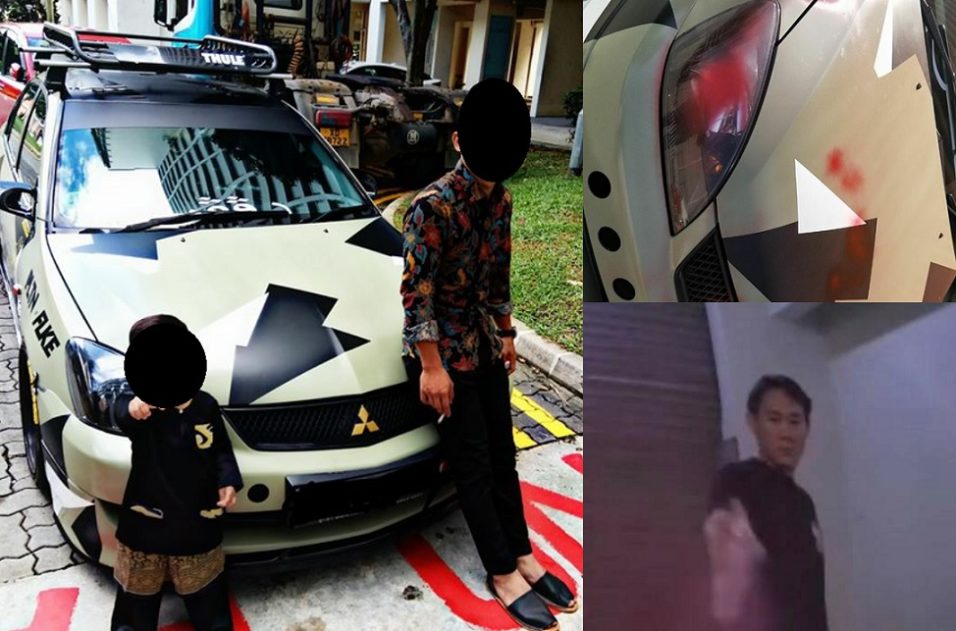 Ikmal posted on his FB saying a that a man (in pic below) had sprayed the car of his brother. The vandal’s action was captured on camera. Say cheese bro, your time is coming.

Ikmal: “You can run but you cant hide my friend. Your mother sure cannot recognize you after this.”

Not really sure what transpired before this incident. A video footage of the man sprayed was posted online and Ikmal suggest that people beat up the guy first if they saw him before calling the police afterwards.