Dr Mahathir Mohamad: Some Muslims Not Living As Muslims, Conduct Their Lives In Accordance With Spirit Of Quran

Rilek1Corner > Agama > Dr Mahathir Mohamad: Some Muslims Not Living As Muslims, Conduct Their Lives In Accordance With Spirit Of Quran 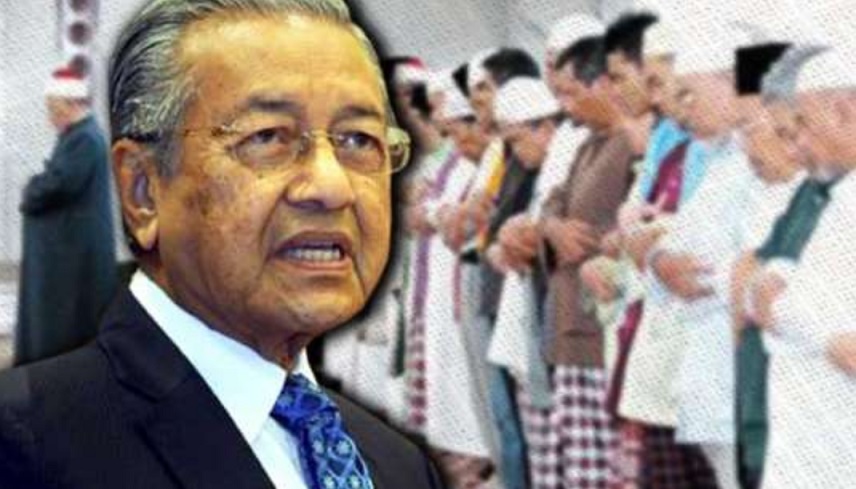 Pakatan Harapan chairman Dr Mahathir Mohamad has denounced Muslims who display piety through conspicuous acts of worship but do not conduct their lives in accordance with the spirit of the Quran.

Speaking at a forum in Bangi, he said such Muslims would focus only on “fardhu ain (obligatory acts of worship)” such as prayer, fasting, charity and the Haj, ignoring many other Quranic injunctions, such as those that would lead to mercy and compassion among human beings.

He said unrest in some Muslim countries was the result of defiance against such teachings.

Referring to the Islamic State (IS) terror group, he said it was obvious that its members were defying the Quran.

He said this was why it was important for Muslims to read and understand the Quran.

“When I read the Quran,” he said, “I also read the translations so that I understand what I’m reading, and I will find out whether those translations are correct by reading other translations.

“If I find two or three translations that are similar, then I can safely assume that the translation is accurate.”