I Am A Victim Of Fake News, Cyberbullies, Says Rosmah Mansor, Wife Of PM Najib Razak 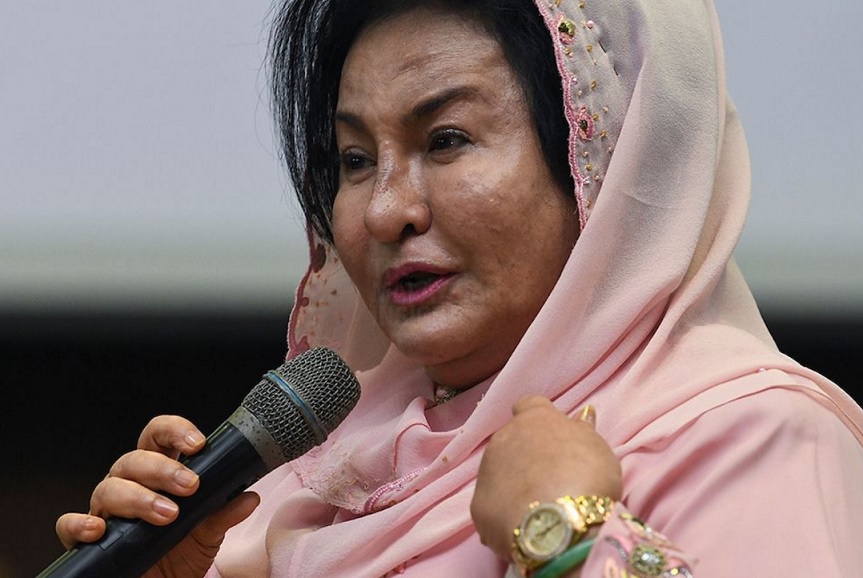 I have been a victim of fake news and cyberbullying, says Rosmah Mansor, wife of Prime Minister Najib Razak.

“There have been a few Facebook account created in my name when I actually don’t have any social media accounts and am not good at social media.

“I don’t even have a smartphone,” said Rosmah at a seminar on cybercrime at Royale Chulan Hotel in Kuala Lumpur this afternoon.

She said those who spread fake news aimed to create conflict and discord in Malaysia.

As the country moved towards becoming a “thinking society”, she said Malaysians must be more discerning and not to be influenced by those who use social media to confuse and poison minds.

On cyberbullying, she said an estimated one in four children daily experienced cyber bullying, which could cause emotional stress and  anger, fear, anxiety, and depression.

She added adults, including highly educated professionals, were also vulnerable to cyberbullying.

“Due to the fear of shame, many are afraid to come forward,” said Rosmah.

Between January and June, 379 cases of cyber harassment were reported, according to statistics from CyberSecurity Malaysia, an agency under the Science, Technology and Innovation Ministry.

The National Council of Women’s Organisations Malaysia (NCWO) and CyberSecurity Malaysia organised the one-day CyberSafe seminar todayl to raise awareness of security, particularly of children and women, on the internet.

The seminar is a follow-up to the National Seminar on Sexual Offences Against Children at Putra World Trade Centre in March.

The March seminar had discussed the increasingly common use of smartphones, computers, the Internet and social media applications for sexual grooming and child pornography.

The Dewan Rakyat passed the Sexual Offences Against Children Bill in April to better protect children against sexual abuse.

The law came into force in July,

Speakers were experts from the police, the Malaysian Communication and Multimedia, Attorney-General’s Chambers, and criminologists, among others.