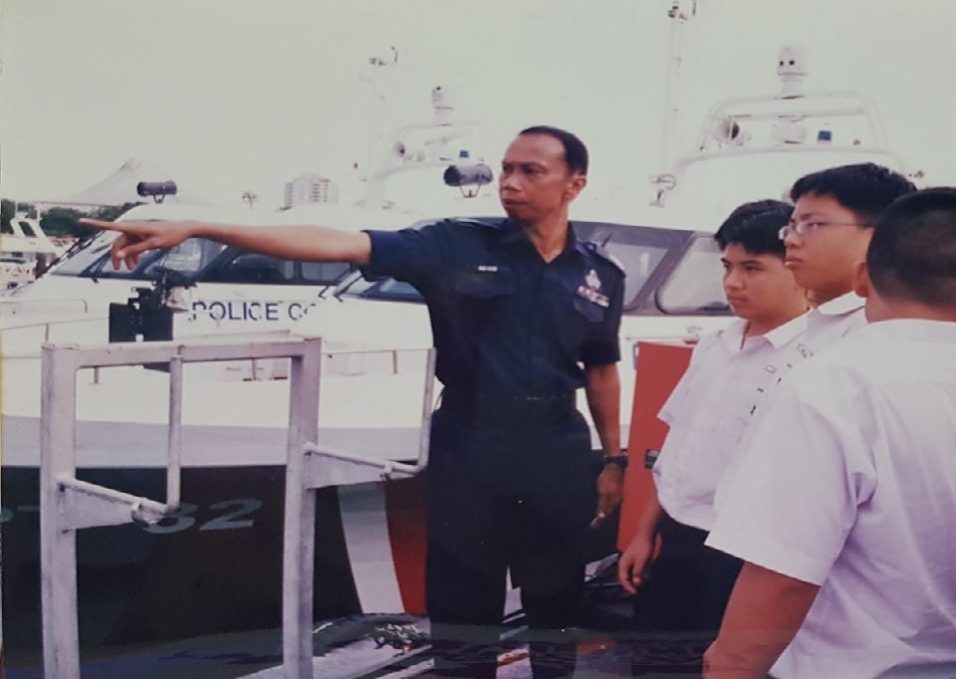 For Station Inspector (SI) Adam Bin Abdul Rashid who joined the Singapore Police Force (SPF) on 18 July 1975, this year marks 41 years of service with the SPF.

Becoming a part of the pioneer batch of the Police Coast Guard’s elite Special Task Squadron that was formed in 1994 was a proud moment for SI Adam, who would never forget the numerous high-speed pursuits as well as intercepting hostile vessels that had intruded into Singapore’s territorial waters. 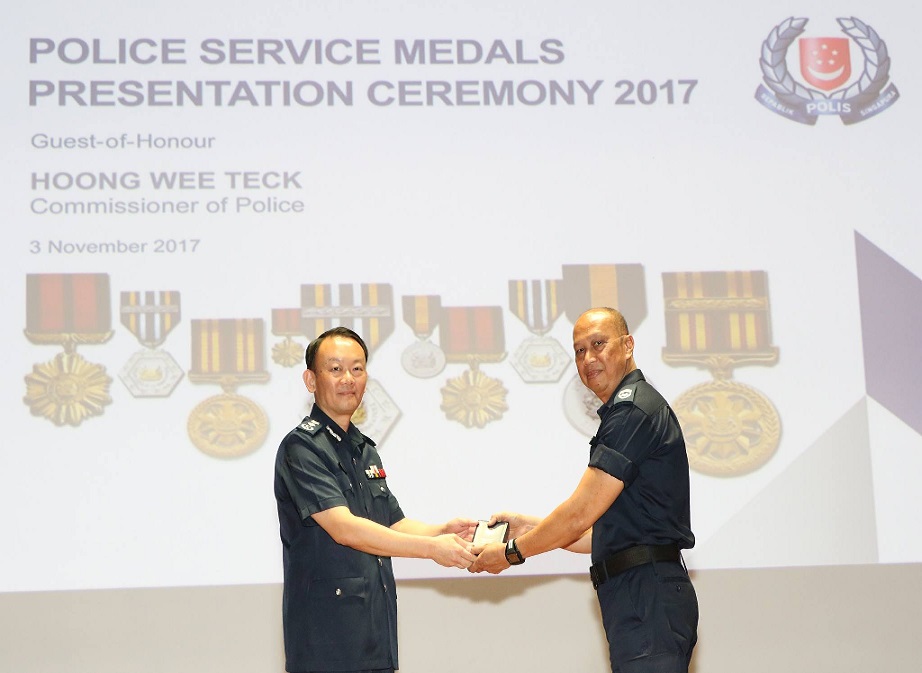 SI Adam is now a trainer with Police Coast Guard (PCG) Training Centre, where he shares his wealth of knowledge and experience with new PCG officers.

For his 41 years of dedicated service to the Singapore Police Force, SI Adam was awarded the Police Service Medal on 3 November 2017 at the Home Team Academy.