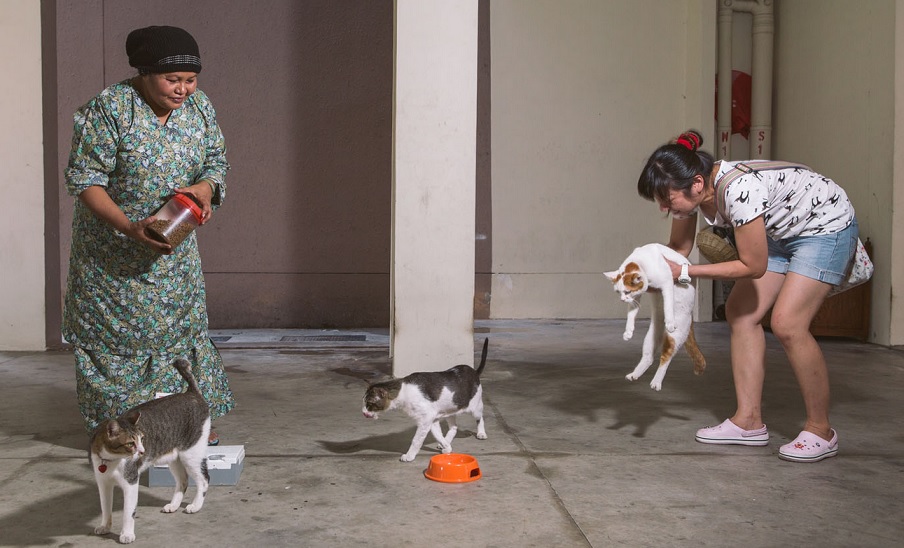 “Cats are not allowed in flats. They are generally difficult to contain within the flat. When allowed to roam indiscriminately, they tend to shed fur and defecate or urinate in public areas, and also make caterwauling sounds, which can inconvenience your neighbours.”

I saw that my buddy Sameer Ab. Kadir received a HDB letter as a result of a neighbour complaining. So, decided to check the HDB website for the law on this and true enough, they did list it down.

The ruling also didn’t provide any provision, unlike they had for dogs. So, if the cat can be contained, does not roam indiscriminately, shed fur, defecate or urinate in public areas nor make caterwauling sounds, shouldn’t the cat then be allowed?

I believe that HDB needs to assess such complaints on a case by case basis. To go down to the location to conduct a personal observation to assess before issuing such a letter informing the owner that they will have the said pet removed from the premises by a certain date.

The pet cat, like the pet dog, is a part of the family and being dependent on the owner for its sustenance, it will suffer its own form of PTSD or panic attack when removed from familiarity and may not survive in a new environment.

Hope that HDB will be able to exercise discretion in handling this matter and to the neighbour who made the complain, I hope you spend a little bit more time with animals.

My fear with such a complain going viral is that it then provides others who hate cats an ‘exit solution’ to their annoyance for cats and abuse the law to their own convenience.

I’m sure a lot of people are shocked and will be standing in solidarity with Sam on this though.

Hope your cats will get a fighting chance to stay at your home Bro. Give them that fight.