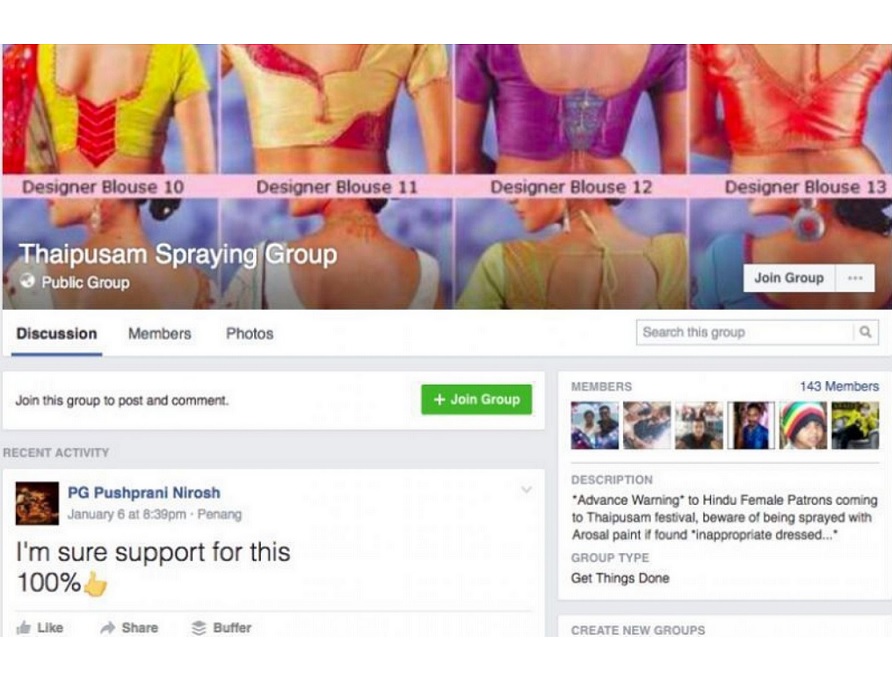 Malaysian police said they are trying to track down those behind a Facebook group that threatened to spray paint the bodies of Hindu women who dress “inappropriately” during the Thaipusam festival next month.

In a report by The Star Online, the police urged the public to inform them of any relevant information regarding the “Thaipusam Spraying Group”.

“What these individuals are planning to do is unlawful, and we will not allow it.

“If anyone is caught breaking the law, they will be dealt with,” Selangor police chief Commissioner Abdul Samah Mat told the portal.

Mr Abdul Samah assured the public that the police will maintain security during the festival, celebrated with processions towards temples such as in Batu Caves and George Town.

Despite that, Dr Thilagavathy admitted that their planned actions were “drastic”.

Thaipusam Task Force coordinator G Gunaraj was also reported saying that it will not condone such vigilantism.

“There is a dress code that should be followed and we can only educate people to follow it. We can’t force them and it is not right to do so,” Dr Gunaraj said.

The public Facebook group called “Thaipusam Spraying Group” was recently created by one “Henry Barnabas”, with more than 140 members at the time of writing.