Where Malay Royalty Once Lived And Worshipped

Rilek1Corner > Agama > Where Malay Royalty Once Lived And Worshipped 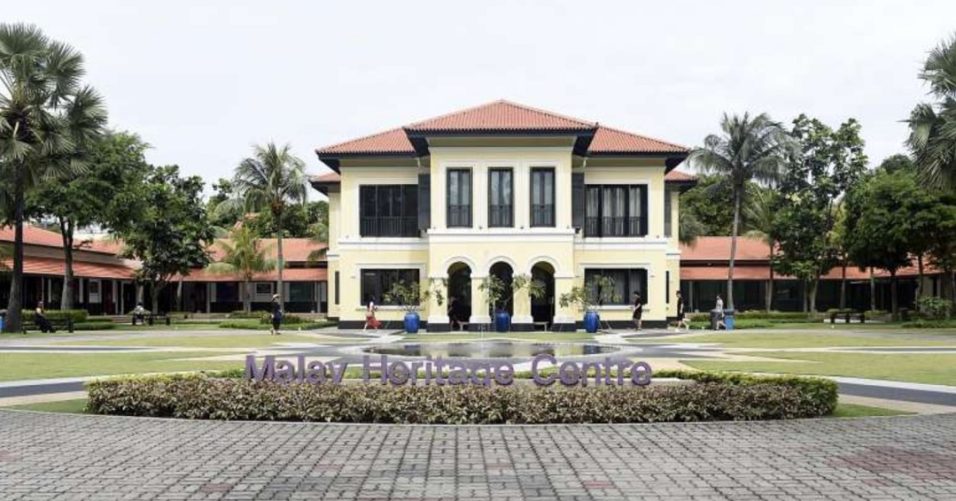 You can say this was a “glam” kampung, given that it used to be where Malay royalty lived, but Kampong Glam, also called Kampong Gelam, is probably named after a tree.

Beyond these modern additions, sitting grandly in the heart of the enclave are two historic monuments – the Istana Kampong Gelam and the Masjid Sultan.

The Istana Kampong Gelam was the palace of Sultan Hussein Shah, the 19th-century ruler of the Johor Sultanate which Singapore was part of, while the Masjid Sultan next door had been constructed shortly after upon his request.

The two grand buildings serve as a reminder of the Malay royalty who once ruled the area.

The Sultan’s original residence was a timber structure built on stilts in the traditional Malay style.

According to the National Heritage Board’s (NHB) Preservation of Sites and Monuments division, the present two-storey brick-and-mortar structure was completed in 1843 and commissioned by his son and heir Tengku Mohammed Ali.

The round arches at the entrance porch showcase the European design influence, while its layout corresponds to Malay Limas house typology, where the main entrance leading to the main house is connected to an annexe where the kitchen would traditionally be located.

Meanwhile, the Masjid Sultan, or the Sultan’s Mosque, was originally a single-storey brick structure built in the 1820s.

Almost a century later, it was in need of repairs and a new mosque was planned. Irish architect Denis Santry from local architectural firm Swan and Maclaren was commissioned for the rebuilding project spanning 1924 to 1928.

He designed it in an Indo-Saracenic style, which offers a mix of traditional Indian and Islamic elements.

The mosque features two gold onion domes, and the base of each dome is adorned with glass bottle ends collected from poor Muslims as donations.

For instance, porcelain plates dug up from the compound of the Istana Kampong Gelam bear the insignia of ceramic producers from Asia and Europe such as J. & G. Meakin of England. This reflects how the area near the Kallang Basin had thrived as an emporium, with goods from across the globe, in the 19th and 20th centuries.

Ms Suhaili said the artefacts “prove that there are more layers to Singapore’s story beyond the traditional narrative of its early beginnings as a sleepy fishing village”.

According to heritage conservation expert Johannes Widodo, an associate professor at the National University of Singapore, the Kampong Glam compound was laid out based on Hindu and Buddhist mandala symbol principles.

The mosque and royal graveyard in Jalan Kubor functioned as its crown and the palace was its body, while a market town and old settlement stood as its feet.

The Istana Kampong Gelam palace compound itself was allotted to Sultan Hussein, after he and Temenggong Abdul Rahman signed a treaty with Sir Stamford Raffles for the British East India Company to set up a trading post here on Feb 6, 1819.

But to diminish the power of the royals, the British sliced up the area, with Victoria Street and North and South Bridge roads cutting through the place.

In 1999, the Government announced that the Istana Kampong Gelam would be conserved.

Some 79 beneficiaries and tenants, including Mr Tengku Shawal, the seventh-generation descendant of Sultan Hussein, were awarded a total of $350,000 a year for 30 years.

The former palace was restored after its residents moved out and it was turned into the Malay Heritage Centre in 2005.

The centre, which is managed by NHB in partnership with the Malay Heritage Foundation, houses six permanent galleries.

Mr Harneis Hadir, general manager at the Malay Heritage Centre, said it aims to provide all communities that go through its doors “a holistic and well-rounded cultural experience”.

He said visitors can look forward to the annual Malay CultureFest and a special exhibition on the Bugis community this year.

The Masjid Sultan, meanwhile, took home the Urban Redevelopment Authority’s Architectural Heritage Award last year for its $4.6 million restoration, which included a fresh coat of paint for its golden domes and the addition of elderly- friendly facilities such as a glass lift.

The mosque won in the restoration category which honours work done to sensitively repair and restore heritage buildings.

The chairman of its board of trustees, Mr Mohamed Patail, 65, said the restored monument has attracted both worshippers and tourists far and wide.

On the congregants, he said: “They feel a sense of belonging to the mosque, which is one of the oldest in Singapore. They also come here for a nice family outing – pray at a historically significant mosque, walk around the enclave and then eat at one of the nasi padang stalls.”