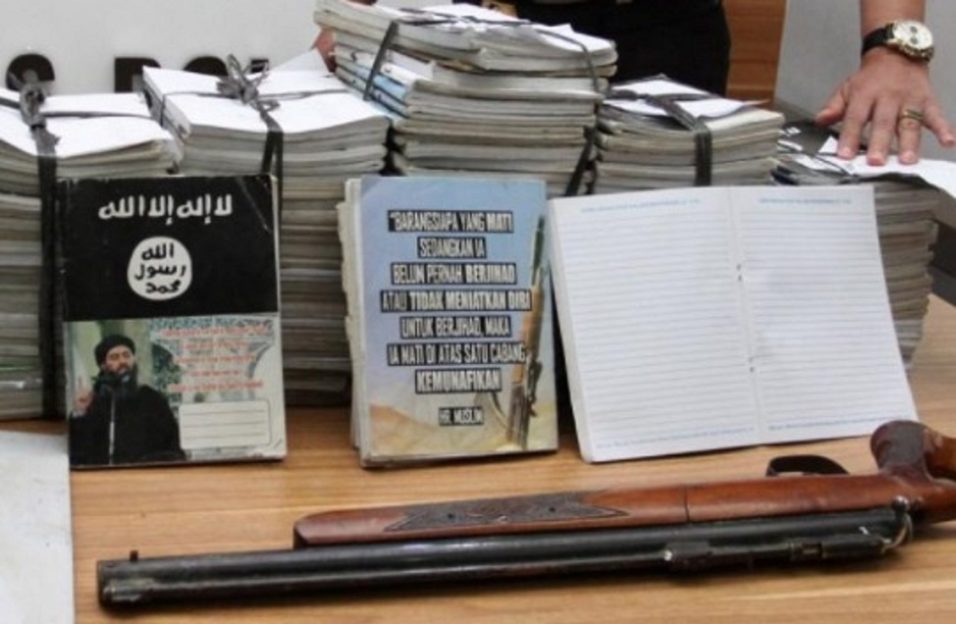 JAKARTA – Indonesian police displayed on Friday scores of notebooks inscribed with Islamic State propaganda seized during a raid on the home of suspected militant and said some appeared to have been used by children.

Police found hundreds of notebooks containing Islamic State propaganda in Indonesia during the raid in connection with the stabbing death of a policeman in Medan, the capital of North Sumatra province on June 25.

At the top of every page of the books read the inscription: “You are all obliged to go to war”.

Authorities believe Islamic State has thousands of sympathizers in Indonesia and are increasingly worried about the group trying to get a foothold in Southeast Asia as it loses territory in the Middle East.

The material was displayed at the national police headquarters, alongside an air gun and other items.

The front covers of the notebooks had a picture of Islamic State leader Abu Bakr al-Baghdadi and quotes attributed to him as made at Friday prayer,

“Tell all the apostates in the Muslim countries, these are their last days. And tell every infidel, we’re not playing anymore,” a quote attributed to Baghdadi read.

Children’s handwriting was found in some of the books, including notes about the solar system, which police said could mean the books had been used by children to take notes in school.

Police believe the men were part of Jemaah Ansharut Daulah, an umbrella organization on a U.S. State Department “terrorist” list which supports Islamic State and has hundreds of Indonesian followers.