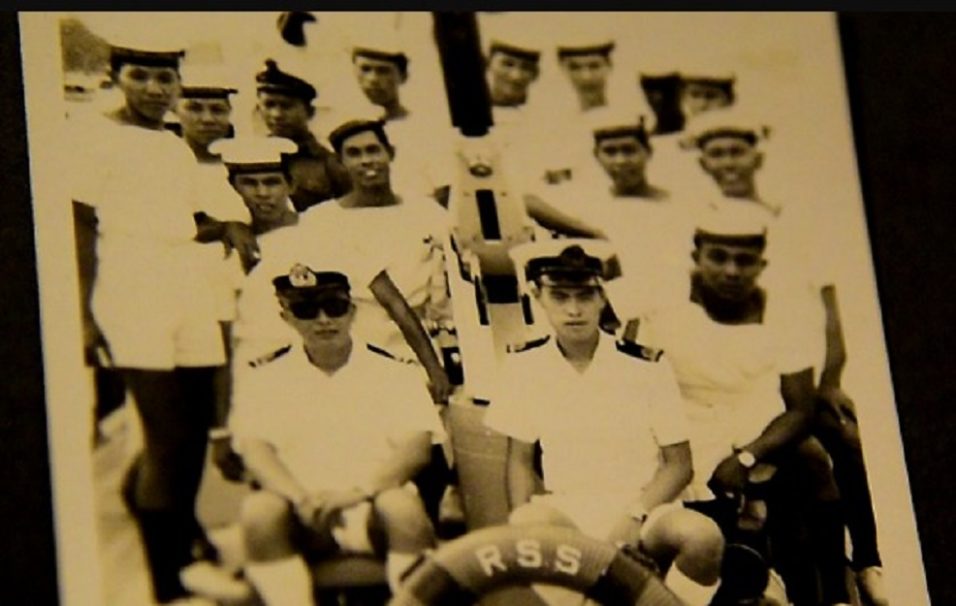 During his time in the navy, Osman Jaffar, now 88, carved out a reputation for being every inch as stern as one would imagine Singapore’s military pioneers to be. 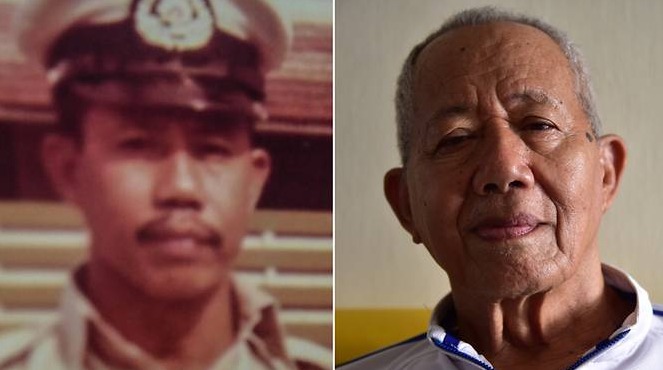 “When I was coxswain, I was in charge of a crew. If I had joked with them, they wouldn’t have taken my orders,” the retired first warrant officer told Channel NewsAsia with a warm, wide and single-toothed grin.

“When I was a seamanship instructor, I was also very strict. They used to say: ‘Wah, Encik Osman coming, be careful!’”

A reminder of his steely, mustachioed past hangs on the wall in Osman’s Woodlands flat. The sergeant major’s pace stick he brandished in the photo has since been replaced by a walking aid, the ramrod-straight posture bent by the scoliosis of aging, and a full head of jet-black hair dispersed into thinning wisps.

Yet his eyes still flashed with the same duty-bound verve and vivacity as he traced his beginnings in the Singapore division of the Malayan Royal Naval Volunteer Reserve, circa 1954.

It all started on a rather mundane, if not vain, footing: 24-year-old Osman signed up because he was keen on wearing a uniform – not just any, but the navy’s dashing white.

“Also we would be able to go on sea trips, to follow the (British) Royal Navy ships for training,” he laughed.

“During the first few days, we really enjoyed being part of a gathering of all sorts of people who didn’t know each other. But when our instructors started teaching us, we were also very concentrated on learning.”

It was a good thing he paid attention – in 1966, Osman was mobilised for Confrontation, a drawn-out conflict arising from Indonesian opposition to the formation of Malaysia. He took charge of four radar stations surrounding Singapore’s waters – Bedok, St John’s Island, Raffles Lighthouse and Pulau Sakra – and described his task as “protecting Singapore from the enemy”.

“We had to look after our waters. The enemy had so many ways to come in, so we had to be alert.”

‘WE JUST THOUGHT ABOUT WORK, NO OTHER THING ’

When Confrontation ended, Osman was appointed coxswain – in charge of navigation and steering – on, at different times, the RSS Panglima and RSS Bedok.

“We just thought about work and no other thing. Because as you know, during those times, we could not relax. We had to defend Singapore. We didn’t want the enemy to come – they were very near,” Osman reiterated. 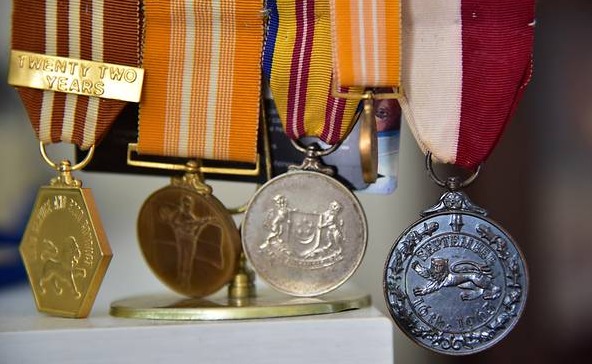 He admitted however that the toughest part was having to see his family – wife and five small kids – for only two days at a time before leaving for long spells on board ships.

Of greater difficulty was having to “shoulder the burden of protecting our homeland and safeguarding Singapore’s territorial waters” after separation from Malaysia, said Osman in a transcript of a 1988 interview for the naval archives.

The mantle rested with just two seaworthy ships, 12 officers and 40 enlistees at the time.

Said Osman: “To achieve this, a few things the individual soldier must have had – faith, courage, bravery, respect and honour at all times.”