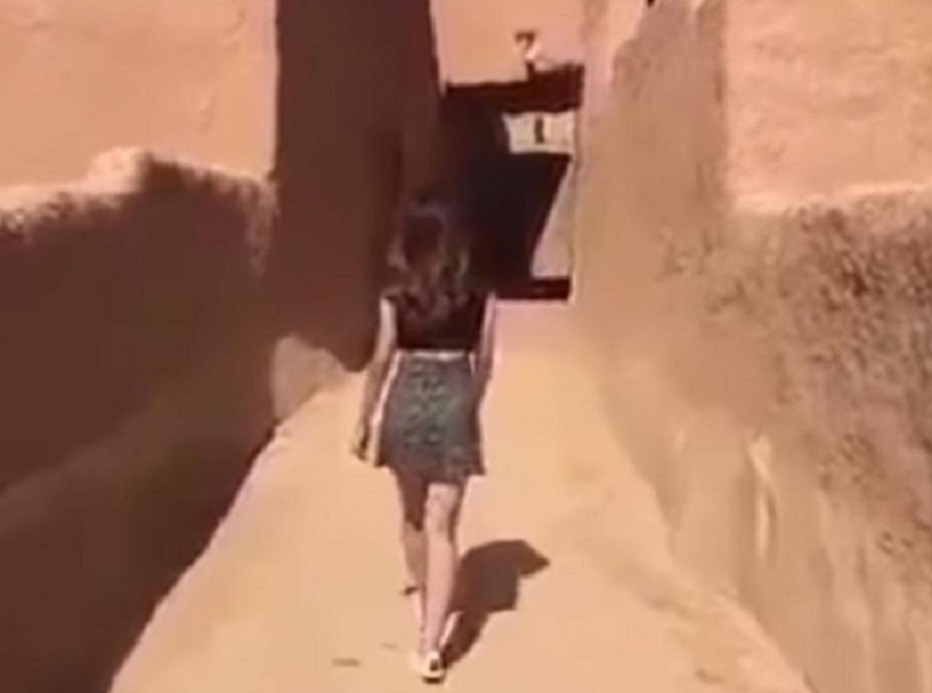 The brief clips, originally posted to the social network Snapchat over the weekend by a popular user named Khulood, show the woman walking through an ancient fort in Ushayqir, a village in Najd province about 95 miles from the capital, Riyadh.

The woman wears a skirt that stops above her knees and a top that shows her midriff; her head is also uncovered.

Such an outfit runs afoul of conservative Islamic ideas about women’s dress that are prevalent in Saudi Arabia. The country legally requires women to cover themselves while in public by wearing an abaya, a loosefitting cloak. Traditionally, Saudi women are also expected to wear some kind of hijab or head covering, and some opt to cover their face with a niqab.

Although foreigners are usually exempted from such rules and Saudi women often find ways to skirt them, many religiously conservative Saudis feel strongly about them.