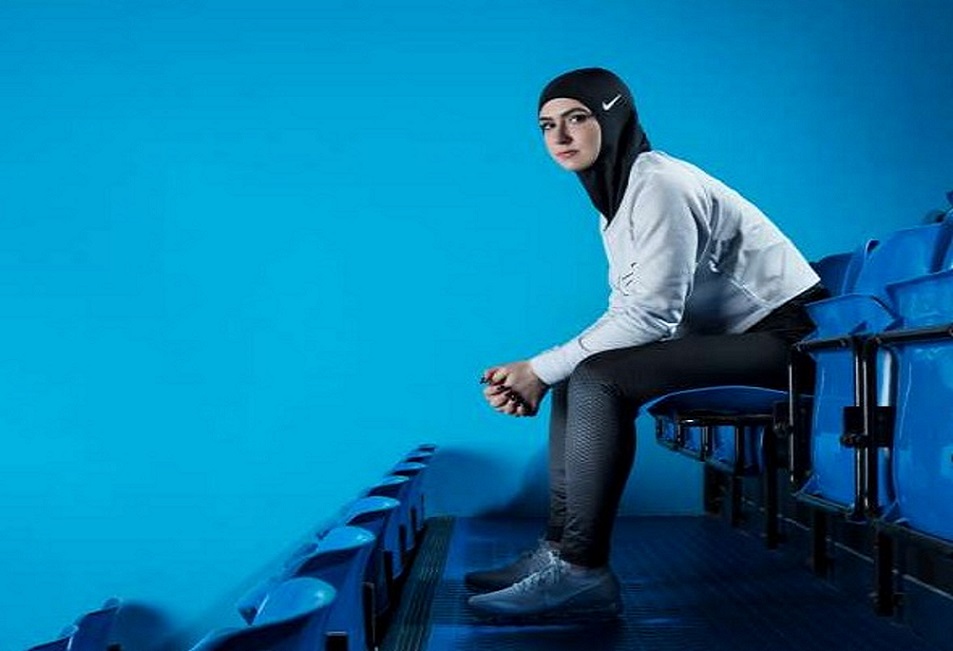 The hijab – one of the most visible signs of Islamic culture – is going mainstream, with advertisers, media giants and fashion firms promoting images of the traditional headscarf in ever more ways.

Last week, Apple previewed 12 new emoji characters to be launched later this year, one of a woman wearing a hijab.

Major fashion brands from American Eagle to Nike are creating hijabs, while hijab-wearing models have started gracing Western catwalks and the covers of top fashion magazines.

Many Muslim women cover their heads with the hijab in public as a sign of modesty, although some critics see it as a sign of female oppression.

But there is one thing most can agree on: When it comes to the hijab, there is money to be made.

“In terms of the bottom line, absolutely they’re good for business… it’s a huge market and they are incredibly brand-savvy, so they want to spend their money,” said Ms Shelina Janmohamed, vice-president of Ogilvy Noor, a consultancy offering advice on how to build brands that appeal to Muslim audiences.

Nike announced that it is using its prowess in the sports and leisure market to launch a breathable mesh hijab in spring next year, becoming the first major sports apparel maker to offer a traditional Islamic headscarf designed for competition.

Last month, Vogue Arabia featured on its cover the first hijabi model to walk the international runway, Somali-American Halima Aden, who gained international attention last year when she wore a hijab and burkini during the Miss Minnesota USA pageant.

“Every little girl deserves to see a role model that’s dressed like her, resembles her, or even has the same characteristics as her,” she said in a video on her Instagram account.

Hijabs have also become more visible in Western advertising campaigns for popular retailers such as H&M and Gap.

Ms Amani al-Khatahtbeh, founder of online publication Muslim- Girl.com, said from New York: “Brands, especially, are in a very strategic and potent position to propel that social good, to change the attitudes of society and really push us forward and take us to that next step.”

In Nigeria, a medical student has become an Instagram sensation for posting images of a hijab-wearing Barbie, describing hers as a “modest doll” – unlike the traditional version. And mothers in Pittsburgh have started making and selling hijabs for Barbies in a bid to make play more inclusive.

However, Ms al-Khatahtbeh warned of the potential for the young Muslim market to be exploited just for profit without any effort to promote acceptance and integration. “It can easily become exploitative by profiting off of communities that are being targeted right now, or it could be a moment that we turn into a very, very empowering one,” she said.

Frustrated when she could not find an image to represent her and her friends on her iPhone keypad, Saudi teenager Rayouf Alhumedhi started an online campaign, the Hijab Emoji Project.

She proposed the idea of the emoji last year to coding consortium Unicode that manages the development of new emojis, she said on her campaign’s website, helping to prompt Apple to create its hijab-wearing emoji.

Ms Janmohamed of Ogilvy Noor said: “It’s only really in the last 18 to 24 months – perhaps three years – that bigger, mainstream brands have started to realise that young Muslim consumers are really an exciting opportunity.”

A global Islamic economy report conducted by Thomson Reuters showed that in 2015, revenues from “modest fashion” bought by Muslim women were estimated at US$44 billion, with designers Dolce & Gabbana, Uniqlo and Burberry entering the industry.

Ms Janmohamed, author of the memoir Love In A Headscarf, sees young hijabi representation in the digital communications and fashion space a step forward for tolerance.

“It feels particularly empowering for young people to see themselves represented. So today, I think it is the least that consumers expect and anyone who doesn’t do it is actually falling behind.”