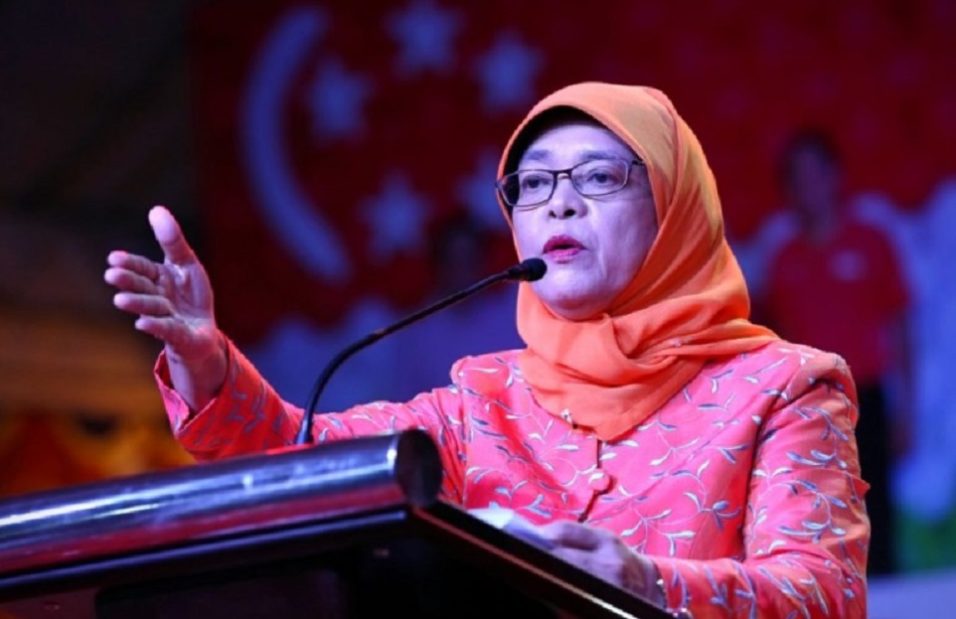 Speaker of Parliament Halimah Yacob has announced that she will next month’s Presidential Election (PE).

Announcing her candidacy at a National Day dinner for the Marsiling-Yew Tee Group Representation Constituency on Sunday (Aug 6), she said: “I have served a period of 40 years in public service…Taking part in the Presidential election would allow me to continue with my service to the people of Singapore, including Marsiling residents, although in a different capacity.

“I recognise that the position of the Elected President has a tremendous capacity to do good for all Singaporeans and for Singapore. Hence I wish to inform you that I will be contesting in the coming Presidential election.”

Mdm Halimah is the third person to have declared their candidacy for the election.  She is the only candidate so far who checks all the boxes of the eligibility criteria, having spent at least three years in a key public office.

If elected in the country’s inaugural reserved PE next month, she will be the Republic’s first woman President.

Mdm Halimah, 62, entered politics in 2001, and has been a Member of Parliament (MP) in Marsiling-Yew Tee GRC since the General Election in 2015. Other MPs in the constituency include Minister for National Development Lawrence Wong, Mr Alex Yam and Mr Ong Teng Koon.

To contest in the PE, Mdm Halimah would have to vacate her posts as Speaker and MP, and resign from the People’s Action Party by Nomination Day.