Trump To Meet PM Najib On Sept 12 At White House 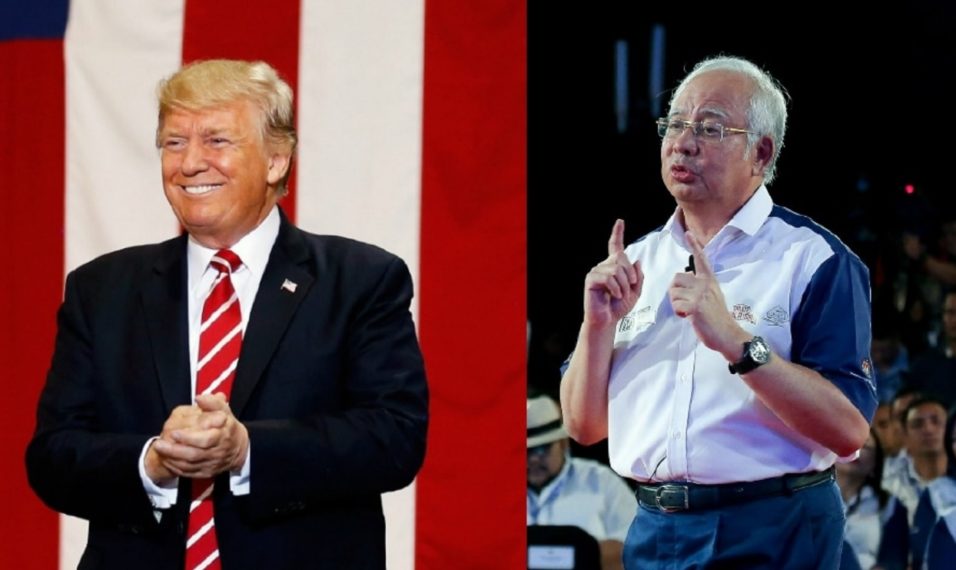 In a statement on Wednesday, the White House said Trump is looking forward to discuss ways to further strengthen and broaden US-Malaysia bilateral ties and expand regional cooperation with one of US’ closest partners in Southeast Asia.

“President Trump looks forward to celebrating the 60th anniversary of United States-Malaysia bilateral relations and discussing ways to strengthen and broaden our bilateral relationship and expand regional cooperation with one of America’s closest partners in Southeast Asia,” said the statement.

The Wall Street Journal, which first reported the plan for a meeting, said Najib has been eager to emphasise his friendship with Trump.

US relations with Malaysia, which the United States sees as an important partner in standing up to China’s extensive territorial claims in East Asia, had improved under former President Barack Obama, who in 2014 became the first US president to visit the country in 50 years.