Animal Cruelty: Man Wrapped Up A Stray Cat In Masking Tape, Another Woman Abandoned Her Cat 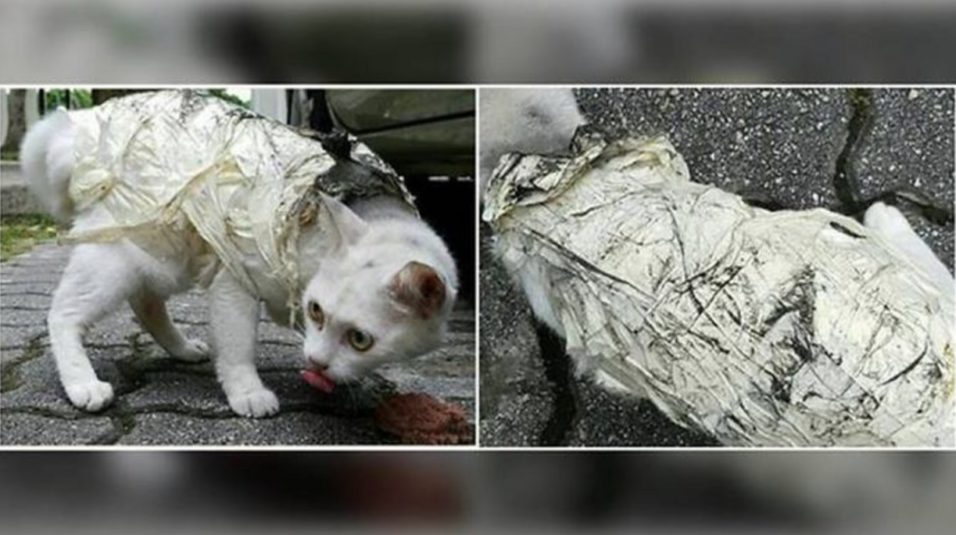 A man was fined S$6,000 for animal cruelty, after he wrapped up a stray cat in masking tape, the Agri-Food & Veterinary Authority (AVA) said on Wednesday (Aug 23).

Li Xiaojing, 30, admitted to wrapping the stray cat in masking tape after it entered his home.

He claimed the cat had urinated in his home, and that he had taped it so that it could be taken away.

The cat – with its entire body taped up tightly – was found by a member of the public at Ubi Avenue 1, community group Yishun 326 Tabby Cat said in a Feb 1 Facebook post appealing for information.

The cat was taken to a veterinary clinic, where it had to be anaesthetised before all the masking tape could be removed.

The cat did not sustain any physical injuries from the incident and has been rehomed.

In a separate case, Noorfazanah Abdul Salam, 32, was fined S$3,000 for abandoning her pet cat.

Noorfazanah said she had taken the cat to the vet on Nov 22, 2016, but took it back home as she could not afford the treatment for it.

Later that same day, she abandoned the mixed-breed cat in a pet carrier at Sumang Walk in Punggol.

A member of the public found the cat and AVA was alerted to the case the following day.

The cat was in need of urgent veterinary attention at the time, AVA said.

The cat has since been treated and rehomed, it added.