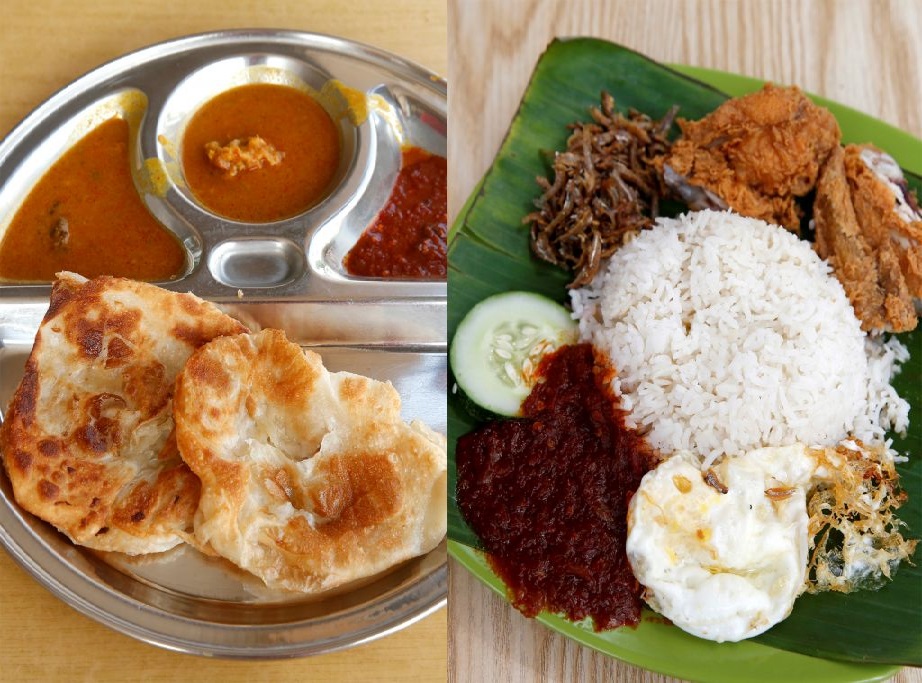 For Malay food vendor Aida Manapi, 50, the tastiest ayam penyet (smashed fried chicken) must be crispy and glistening, and there is only one way to cook it — “deep fried”. And when it comes to roti prata, no one serves it by being stingy on ghee (clarified butter), said stall vendor Senthilvel Vedachalam, 43. Such traditional methods of cooking or serving Indian and Malay favourite dishes, along with mindsets that they have to be cooked in a certain way for best results – have made it difficult for many hawkers and home cooks to change the way they prepare these dishes. For them, unlike Chinese dishes, one cannot produce a healthier, yet still tasty ayam penyet or roti prata by simply using less oil, salt or sauce. But change they must if the two communities are to win the war against diabetes, which Prime Minister Lee Hsien Loong described as a “health crisis” for Malays and Indians during his National Day Rally (NDR) on Aug 20.

Mr Lee also shared some sobering figures, noting that six in 10 Indians, and half of Malays above age 60 are diabetic, compared to 2.5 in 10 for the Chinese. With the fight against diabetes in Singapore being stepped up, community leaders and some members of the Malay and Indian communities have called for more targeted measures to deal with the problem. One area that needs to be addressed is their eating habits, even though those interviewed acknowledged that it will be an uphill task. Mr Rathinasamy Murugesan, owner of Greenleaf Cafe, an Indian restaurant in Little India, pointed out that many Indians eat a lot at one go, three times a day. They also tend to prefer 9pm dinners, which are close to bedtime, and need to round off their meals with a satisfying, sugar-rich dessert.

“My Chinese friends would take the Indian sweet, and (throw up) because it is too sweet for them, but we Indians can take four or five of those,” said the 44-year-old. Getting these people to change their eating habits, even when they know that such practices heighten their risk of getting diabetes, will not be easy, he added. Taxi driver Hartono, 56, is one of those who find it difficult to change his eating habits even though he is a diabetic. He loves the rendang that is chock-full of coconut milk, and believes that Malay food should be all about “the colour and spice”. He finds such Malay dishes much more attractive than the “bland” soups, steamed food and stir-fries common in Chinese cooking.

While his wife, a nurse, and his doctor often chide Mr Hartono for his food choices, the man himself finds it just too hard to give up his beloved buffets and nasi briyani. After losing weight during the fasting month by eating mainly cereal, it was “back to square one” after the Hari Raya season, no thanks to all the feasting during festive gatherings and wedding banquets. “The doctor talks like it’s very easy (to change), but our lifestyle is not like the Chinese lifestyle. For them, they go qigong, they go exercise … Our culture is different, we like to gather and cook, go picnic, go makan… You see (the Malays) carrying their pots to Changi Village to go there to eat, sleep, swim (all day),” he said.

For Madam Mizrea Abu Nazir, 45, “nasi lemak would not be nasi lemak” without coconut milk, and her stall usually uses two litres of coconut milk to cook a large pot of the rice. Her family owns the popular Mizzy Corner Nasi Lemak at Changi Village. While she does not mind cutting down on coconut milk on request at special events, the reality is that people often ask for “more”, rather than less. “In our lontong, ayam lemak, most of the cooking is about using a lot of coconut milk and oil. At the moment, I don’t (see the need to change) because everyone is still enjoying what they eat… That’s how it is,” Mdm Mizrea said.

‘GO TO WHERE THEY ARE’

While anecdotal evidence seems to suggest that there is a lack of healthier choices for the Malay and Indian communities, the Health Promotion Board (HPB) said that popular Malay and Indian dishes such as mee soto, thosai masala and puttu mayam (steamed rice flour noodles) with dhal curry are among 63 types of dishes “among our everyday hawker fare that are already lower in calories”. The HPB’s current approach is to work with the managing agents for new hawker centres to encourage stall owners to offer healthier options progressively for Singaporeans.

As of mid-August, there are over 3,100 stalls across 67 hawker centres and 450 coffee shops in Singapore, offering at least one healthier option in their menus, the HPB said, without revealing how many of those are Malay and Indian stalls. On its part, since 2016, the HPB has scaled up efforts tailored for the Malay and Indian communities in its awareness programmes by working closely with mosques, temples and community partners such as Mendaki, Mendaki, Jamiyah, Muhammadiyah and Our SWAMI Home. The board has also expanded its partners to include both the Malay and Indian activity executive committees, which organise activities at community centres.

The Hindu Endowment Board (HEB), which holds annual health fairs at Sri Srinivasa Perumal temple in Serangoon, told TODAY that it sees a big need to ramp up efforts to promote health-screening and awareness among the Indian community. About 3,000 have been screened at the fairs over the past three years. Noting that current efforts are “not sufficient”, the HEB’s chief executive officer, Mr T Raja Segah, said discussions are underway to improve the health screening’s follow-up system, and hold more health fairs at community centres. However, to truly nip the problem of unhealthy food habits of the ethnic minorities in the bud, more needs to be done, such as “to go to where they are in the communities… See what their lifestyle is there (and) introduce changes there”, said Ms Julie Seow, a life coach at Touch Community Services’ diabetes support arm.

For example, after failing to get Malay beneficiaries to attend its group sessions, the organisation, recognising how “communal” the Malays are, started a Malay support group. “They don’t come singly,” she said. Dr Fatimah Lateef, a Member of Parliament for Marine Parade GRC, said a long-term solution to the problem is to make diabetes risk-management “family-initiated”. She called on mothers to be “ambassador for change” in their day-to-day cooking. In her own home, Dr Fatimah shared, there is “absolutely no sugar, no salt, no oil”. Instead, she uses spices, chilli, lemon and lime to bring out the flavours. “The first thing that (people) ask is,‘Then what do you eat? Are you suffering?’ People have a (misconception) that they need to have all these to have good and nice food”. However, no one complained about her no-sugar-no-salt-no-oil food when her relatives come to her house during Hari Raya, Dr Fatimah added.