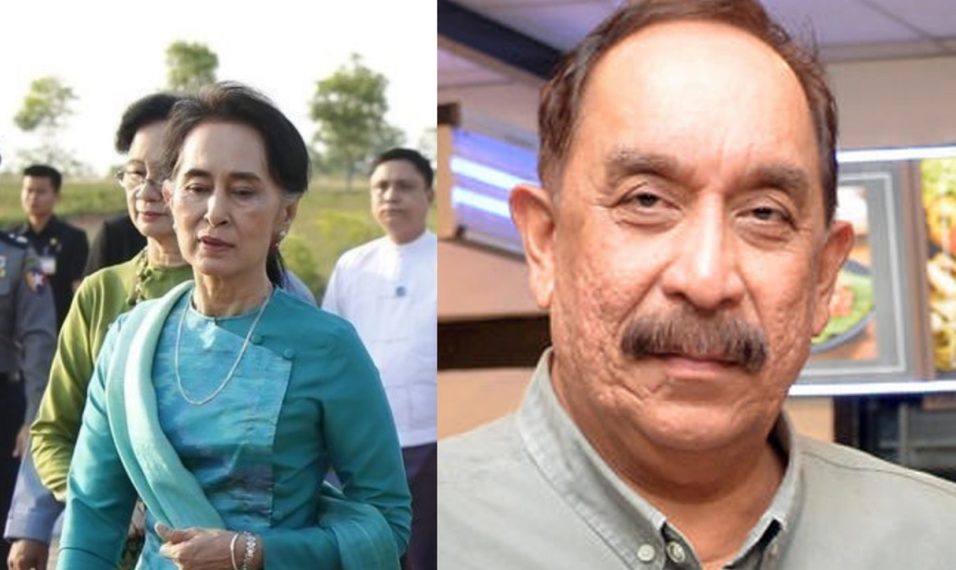 Presidential candidate Faird Khan has thrown his weight behind a petition calling on the European Court of Human Rights to try Myanmar leader Aung San Suu Kyi for human rights violations over the “ethnic cleansing” taking place against the Rohingya community in her country.

We have had a storm of footages and reports being validateded through the media, governments, and the united nation’s inspectors such as the ex UN president Kofi Annan, current UN investigators, Theresa May, Jeremy Corbyn, BBC, Times, etc and the alike have all confirmed that the Mayanmarian government have and are persecuting and ethic cleansing the minority rohingya (Rakhine State) community and its people.

This has to Stop!This torture is done only due to the minoritie’s faith and the particularly religion practised (Islam) which the army and the government deems it foreign to the state’s religion which is Buddhism. The Buddhist themselves such as monks are taking arms and destroying innocent beings and villages.

Young children, women and men, the old and the disabled are all being tortured, set on fire, raped, murdered and their houses burned.

We as the humankind have to take action and take the head of the mayanmar state Aung San Suu Kyi and the armed forces’ commander-in-chief, Ming Aung Hlaing to the International court (The Hague) I.C.J or to The European Court of Human Rights so both of them can answer to their hate crimes.The current leaders are silent but little remarks made. Last year Theresa May invited the head of Mayanmar to Downing Street for a discussion and to join her for an afternoon tea.

This is absurd.Please bring justice back in this world and with your help we can achieve sending this message of support and expression of unity to those leaders that have no mercy. So it may change their conception. Please help us raise the fees for Human Rights Lawyers, court fees etc

The petition has gathered 139,353 supporters as of reporting time.

This is among the first political statements made by the aspiring presidential candidate.