Fake Diplomas And Degrees From Real Malaysian Universities Being Sold At RM1,000 To RM3,000

Rilek1Corner > Malaysia > Fake Diplomas And Degrees From Real Malaysian Universities Being Sold At RM1,000 To RM3,000 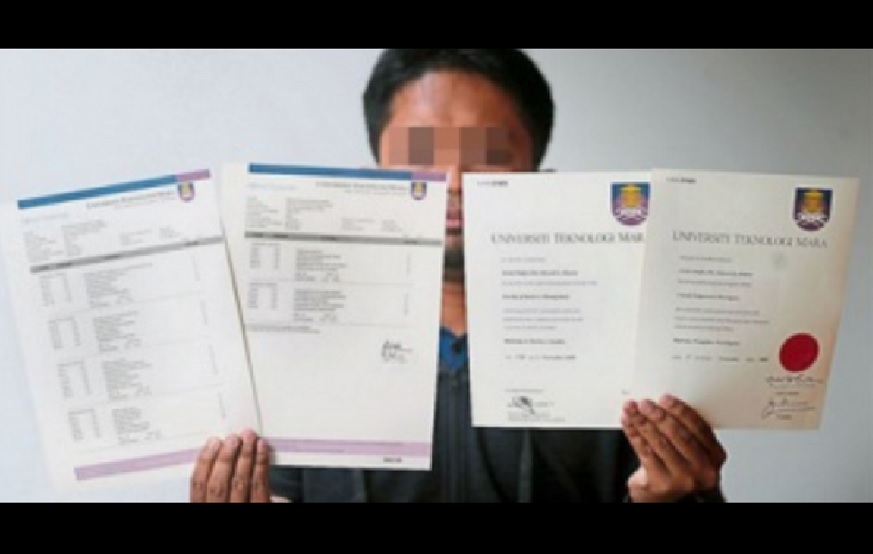 A syndicate operating in Puchong, Selangor, has been selling fake academic scrolls to the public, according to an expose by the China Press (2 Oct).

A reporter from the newspaper went undercover as a potential buyer and contacted the syndicate that had been blatantly promoting its services on Facebook.

According to China Press, a fake diploma scroll from UiTM is sold at RM1,000 and a forged degree scroll at RM2,000. It charges RM2,000 for a phony diploma, RM3,000 for a forged degree or a fake Master’s Degree from SEGi.

The syndicate claimed that the fake certificates are bilingually produced and they bore the seal of the institution as well as the signature from the chancellor.

Customers can choose from 30 programmes available at the universities and they will receive a scroll plus a transcript in two days. The fabrication process only takes two hours and the package will be delivered a day after via mail.

Customers are warned that the fake certificates are only good for employment in the private sector. “This is because government departments are strict, they will look into everything. You should know that your fake academic qualifications are not in the system, since the certificate you’re holding is fake,” the syndicate said.