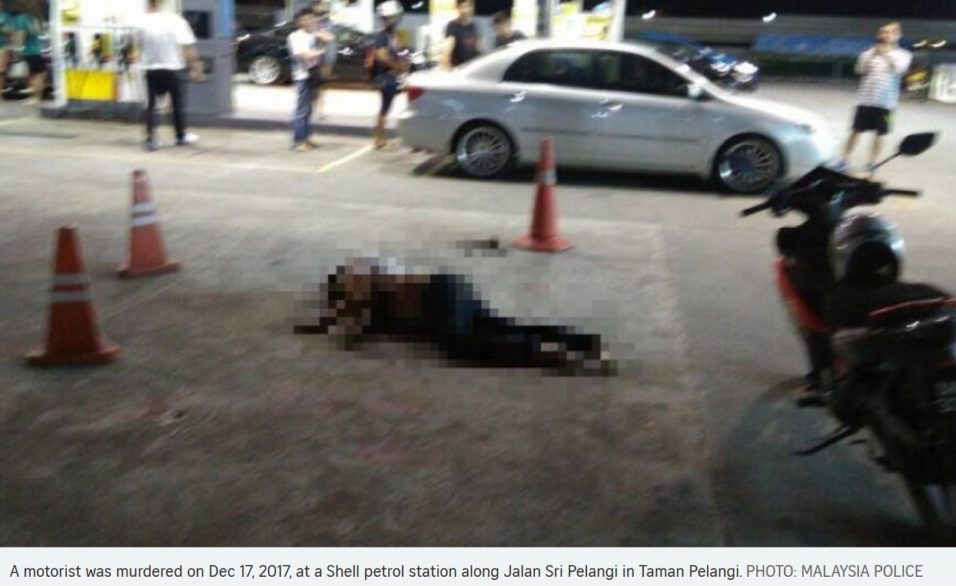 A fight between two triads was the cause of the brutal murder of a man at a petrol station in Johor Baru.

Deputy Prime Minister Datuk Seri Dr Ahmad Zahid Hamidi said the deceased, known as Ah Chiu, is believed to be the leader of an underworld organisation.

“Police have zeroed in on the reason and have identified the four assailants. A manhunt has been launched to nab the suspects,” Dr Ahmad Zahid, who is also Home Minister, said after attending the Home Ministry monthly assembly on Tuesday (Dec 19).

Police are in the midst of determining the areas in which these two gangs are operating and whether they were competing for business or territory.

“Police are on the alert should associates of the victim try to retaliate,” the Deputy Prime Minister said.

On Sunday, the 44-year-old victim was savagely attacked after getting out of his white Volkswagen Polo at a petrol station in Taman Pelangi to check his tyres.