Are Megachurches A Concern For Singaporean Society?

Rilek1Corner > Agama > Are Megachurches A Concern For Singaporean Society? 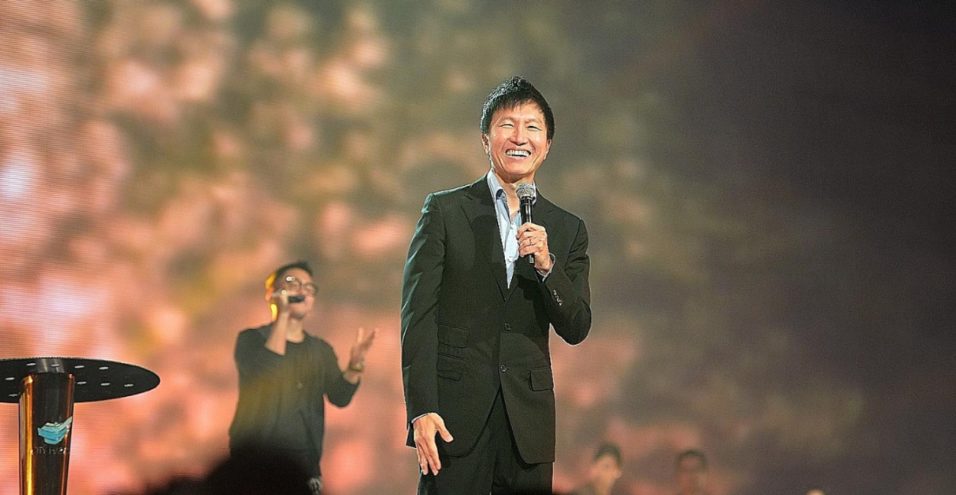 The news that Kong Hee won his recent court case should not come as a shock. While it is still too early to judge our society’s reaction over CHC, suffice to say, CHC supporters are satisfied.

Kong Hee’s verdict is a concern for Singaporeans. The growth of megachurches (which scholars define as churches which have a following of more than 10,000 people and are not aligned to any particular branch of Christianity) in Singapore has led to the development of networks of power and influence with little checks and balances (not even democratic elections), and which could be potentially exploited in the future for problematic purposes. [1]

Why have megachurches in Singapore been so successful? As Terence Cheong [2] notes, it is because of the “market logic” that these megachurches ascribe to. This includes charismatic leadership culture and the mass-appeal of a Pastor who, instead of wearing archaic dresses, acts as a friendly, cool fatherly figure. This mixture of American evangelicalism with Singaporean capitalism taps on the emotional and spiritual needs of the emerging middle class. It is these factors which have allowed megachurches in Singapore to prosper.

In comparison, other religions either comply with Singapore’s ethos of social harmony (e.g. Buddhism and Taoism) or are clearly aware of the OB markers for religion here. This applies to mainstream Christian branches and Islam – with the experience of Operation Spectrum, the Silat arrests, and the recent spat over the Islamic cruise in South East Asia ostensibly being a show of force by the government to prevent religious institutions from propagating alternative ideas that may destabilise Singaporean society.

Therein lies the genius and the success of the megachurches in Singapore – their beliefs are totally in harmony with the State and are popular with the “emerging” middle class. The provision of KPI(s) to followers, recruiting of additional members, the creation of networks, and the amount of megachurch merchandise are consistent with Singapore’s capitalist system. These attributes are familiar to the emerging middle class, not fancily-dressed pastors swinging around incense, and through this, membership in the megachurches are surging.

Perhaps then, the government found itself in a dilemma – even if it found Kong Hee’s actions problematic, to persecute him as a Marxist provocateur or whatever gobbledygook would have been disastrous for the government. There is no compelling narrative to shatter his reputation in order to dissuade his followers. The government cannot frame him as a Marxist, terrorist, or fundamentalist because Kong Hee is none of that. He is ostensibly a pastor ordained by God who happens to make a few million dollars – if anything, he is a very successful CEO.

However, I argue when it comes to these megachurches, its CEO is never just a CEO.

The megachurch is still a church at the end of the day. Its form of charismatic leadership allows a pastor to differ from a CEO. A pastor commands and claims to be ordained by God himself, unlike the CEO of Uber or Microsoft who is ordained by a Board of Directors. This connection to God gives the pastor a level of conviction and influence, and the ability to command his followers in the name of God. This has the potential to provide the Pastor considerable (and perhaps disproportionate) weight in Singapore’s socio-political-economic agora.

Therein lies the problem, the size of these networks and power structures in these institutions can potentially allow a Pastor to wield considerable influence in business or politics. The system of developing large numbers of followers could see these churches reach the higher echelons of Singapore’s power structure.

In mainstream churches and mosques, the pastor, minister, or imam has superiors. In the case of the Catholic Church, there is the Archdiocese and the Pope. For the imams, all doctrines come under the auspices of MUIS.

What about the megachurches? How do we prevent their teachings becoming radicalised or their followers exploited? If all their teachings go through one man/woman, behind closed doors and beyond the regulatory reach of the government, what prevents this message from potentially being corrupted?

Furthermore, the megachurch system differs from the ways businesses operate. While businesses may networks or connections – they rarely can directly inspire or mobilise the masses for political purposes, and in Singapore’s case there is also no reason to do so. Sembcorp or Keppel cannot, for example, compel their staff to all vote for a particular political party in an election; but what is stopping a leader of a megachurch from doing so in the name of God?

However, something needs to be made explicit – I do not think that any of these megachurches will, in the near future, undermine security, stability or even the rights of religious and racial minorities in Singapore. Terrence Cheong has highlighted that many megachurches in Singapore have liberal views and are primarily obedient to the overused bible quote regarding Christ and Caesar. The lack of an ideological antithesis to the Singaporean capitalistic model and the ability to mobilise the masses is a concern for society, but not an immediate one.

Viewing megachurches as cults would not be productive either. Instead, we should consider whether there needs to be checks and balances in play concerning their institutional structure, and the relationship between them and society.

We need a frank discussion with members of these churches. How do we prevent these networks from being exploited by a power-hungry individual? Kong Hee and other megachurches have only God above them – what if one day someone attempts to exploit this power – not just for monetary gain, but, to disrupt Singapore’s society?