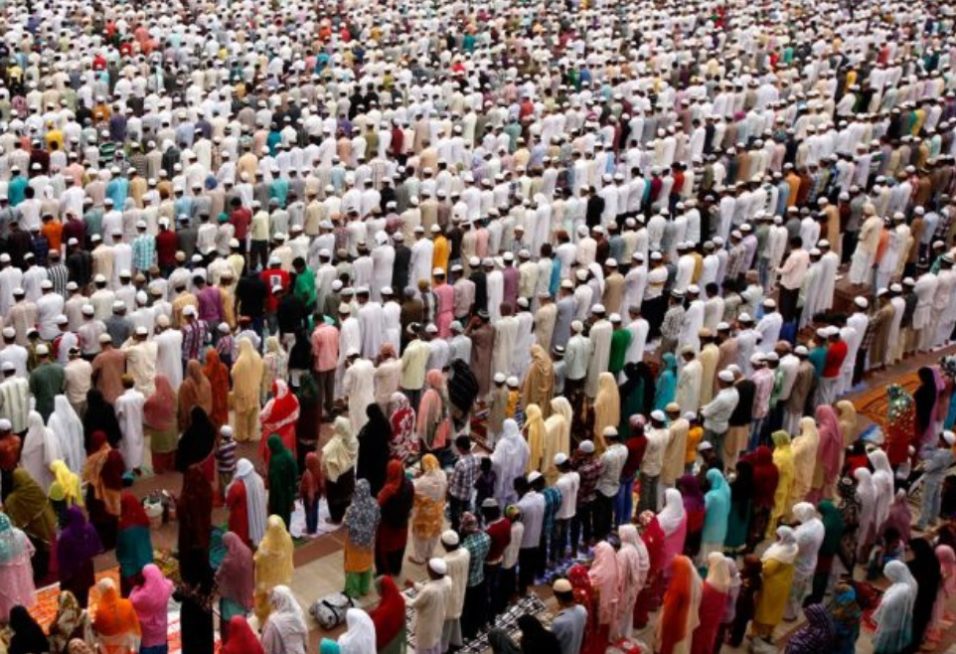 The Genocide in New Zealand.

The horrific Christchurch massacre in the 2 mosques which took place on Friday, March 15, 2019 that killed 50 people and injured 50 others can never be justified by whatever lens we see it from. May ALLAH accept these victims as martyrs, spare them from the trials of the grave and grant them a swift entrance into Paradise. And may ALLAH also give strength to their families to endure this immeasurable pain and loss with great patience.

The reason the shooter gave for his evil action is he was fed-up with the increasing migration of Muslims to the land of the Whites that he sees as causing a serious imbalance to the culture and livelihood of the host countries. He wants this to be stopped and believes that they should also be punished for the distress that they have caused to the White people. Plain and simple.

We can’t get a more straight-forward admission than this.

In all honesty, I think it is naïve for Muslims all over the world to expect the Whites in Europe, North America, Australia and New Zealand to not feel threatened and antagonized by the influx of millions of Muslim migrants who have come to settle down in their lands from Pakistan, Bangladesh, North Africa, Palestine, Syria, Iraq, Yemen and other parts of the world, especially within the past 15 years.

The backlash from these antagonized Whites was imminent. The writings have been on the wall for quite sometime already. It was a ticking time bomb that was nearing its moment.

Why not ? Inciting bigotry and racial hatred has become a normal and common subject for their Right-Wing or Far-Right politicians to scream openly and fan the feeling of insecurity among their people to gain support for their political agenda. It was just a matter of time before something crazy like what had happened in Christchurch to finally explode as a natural consequence of the unrestricted actions of these bigots.

Most of us look at the symptoms of this incident and argue about it endlessly, rather than the underlying reason that caused it in the first place.

To me, the main issue and question that begs to be answered is : Why are millions of Muslims migrating from their homeland to the lands of the unbelievers ? Why do they not just stay at home? And if they have to leave, why not move to other Muslim countries instead ?

This is actually a rhetorical question which I have my own answer to offer : I believe that a great majority of Muslims who migrate do so to escape the persecution, oppression and tyranny of their leaders, who by the way are Muslims too. They could not find peace and safety in their own land, and were also faced with a bleak future that does not hold any promise for their offspring. Migration is the only way out for them to find safety and pursue a better future for themselves and their families.

But the sad part is : It is only in the land of the unbelievers where they see a more promising future that awaits them. Not in other Muslim countries. Isn’t this strange ? Why is it that Muslims choose to turn to the land of the unbelievers for safety and the prospect of economic prosperity instead of in other lands where they share a common faith with its inhabitants ?

The answer is obvious. Muslim countries are badly governed because their leaders are terribly corrupt. These countries only appear Islamic in name, symbols and ritual practices. Most have strayed from the essence of the true teachings of Islam as enjoined by the Qur’an and Prophetic traditions that commands its adherents to worship only One God, abide by the teachings of His last Messenger and uphold justice.

“O you who believe! Stand out firmly for justice as witnesses to the truth for the sake of ALLAH, even if it is against yourselves, or your parents and relatives. Whether the person concerned is rich or poor, ALLAH’s claim takes precedence over both of them. So follow not the behests of lusts, lest you deviate from justice. If you distort the truth or decline to do justice, then know that Allah is All-Aware of everything that you do.”
[An-Nisaa’ (4) : 135]

Yes … make no mistake that Islam demands that social justice to be truly and diligently served to everyone, regardless of faith and race. Islam is not Islam if justice is taken out from the equation. AL-ADL or The Just is one of the names and attributes of Allah, for He is indeed the Most Just. Hence, the beauty of Islam and the truth in this religion can only be felt and experienced when justice and fairness are truly upheld and served.

Unfortunately, corruption and oppression have instead took precedent to be the standard practice and trademark of almost all Muslim leaders today, replacing justice. This despicable disease has even caused these devils to sell their souls – for the sake of temporal gains – to the white infidel leaders who are bent on destroying whatever that lies in their path that they see as hindrances and obstacles to their white supremacy agenda that is designed to rule the world.

So really, the fundamental fault actually lies in many of us who continue to fight among ourselves, only to end up allowing the most corrupt among us to exploit our vulnerable condition and then seizing it to their advantage. And when they succeed to become our leaders, they would betray the trust of the people and inflict grave damage to their nation and society, leaving the ummah lost and helpless. And yet they still have the audacity to call themselves Muslims!

Allah has forewarned us about this 14 centuries ago.

“We have placed the greatest of the sinners in every community and nation to contrive and deceive therein (until its people can distinguish between truth and falsehood, and strive to uphold justice). But the fact is, these evil perpetrators contrive against none except their own souls without realizing it (and those who condone and accept their ways are no different).”
[Al-An’aam (6) :123]

If this condition continues to persist, then the problem of mass exodus/migration of our oppressed brothers and sisters from their impoverished homeland to the “promised” land of the unbelievers will never cease.

Under this circumstance, we should realistically brace ourselves to expect more deadly attacks to follow because the truth is : Many of the Whites are simply getting more impatient and fed-up with us for invading their space, and they are striking back hard.

Of course not all Whites are like this. But just a few loose cannons are enough to cause catastrophic damage while the rest of the world only sits idly to watch and offer lip-service condolences. It would be very naïve of us to expect anything more than this from them because it is not in their interest to help us fight this battle.

The Messeger of Allah (peace be upon him) has prophesized 14 centuries ago that Muslims will one day end up as losers if they are besieged with a sickness that is called Al-Wahn even though they are great in number.

It was narrated by Thawban that the Prophet (pbuh) said: “The people (i.e. your enemies) will soon summon one another to attack you in the same way how people invite others to share their dish.” Someone asked: “Will that be because our number is small at that time?” He replied: “No, your number will be big at that time but you will be like scum and rubbish that are washed away by a torrent. Allah will take the fear of you from the breasts of your enemies and cast Al-Wahn into your hearts.” Then someone asked: “What is al-wahn? The Messenger of Allah (pbuh): He replied: “Love of the world and dislike of death.”
[Sunan Abi Dawud, no. 4297]

Al-Wahn can also be interpreted as intense love for power and worldly pleasures that knows no bounds where one is prepared to do anything to acquire and hoard it as if he/she will live forever. In the context of this write-up, the Al-Wahn sickness is best applied in reference to the evil Muslim leaders who betray the trust of their people and also to those who knowingly support them in spite of their evil deeds in exchange for temporal gains.

Until we realize this grave situation and do something about it, the Muslim ummah will forever be weak and trampled by the infidels who regard us a nuisance that need to exterminated in the pursuit of their sinister global agenda that is made possible and facilitated by subservient corrupt Muslims leaders and their lackeys.

There is no short term solution to this. The only way out is to have God-fearing and highly capable people as leaders of Muslim nations so that justice, peace and prosperity can be instituted and implemented to serve the ummah. When justice is upheld and more economic opportunities can be made available with equitable sharing, then the push factor for Muslims to leave their homeland can be mitigated.

This will of course take a long time to happen. But if nothing is being done to address this from now, then our ummah’s problem will never be solved. In fact, it will only get worse than it already is now.