The Evolution Of Tin Pei Ling

“My greatest regret is that I didn’t manage to bring my parents to Universal Studios.”

With those words, jaws dropped across the nation, and Tin Pei Ling, then 27, set herself on the path to becoming one of the most controversial personalities of General Election 2011.

A senior associate with Ernst & Young at the time, with a degree in psychology, the candidate for Marine Parade GRC seemed markedly different from the usual People’s Action Party (PAP) candidate. Voters were used to seeing standing for election former generals, scholars and civil servants who were typically mature individuals in their 30s and 40s.

Then came her first doorstop with the media, where she uttered those infamous words. Netizens began questioning her qualifications and wondered aloud if she had gotten in through her connections – she is married to Ng How Yue, former Principal Private Secretary to Prime Minister Lee Hsien Loong and now Second Permanent Secretary at the Ministry of Trade and Industry.

Then this photo was unearthed: 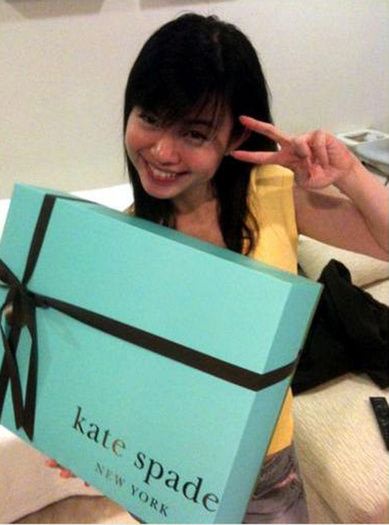 This was the infamous image of Tin that drew much flak from online users last year.

From that point on, there was no turning back.

Many netizens were convinced that Ms Tin was too immature and inexperienced. She lacked substance. She could not speak well. She was being parachuted into power by riding on the coat tails of former Prime Minister and then-Senior Minister Goh Chok Tong.

Perhaps even more crucially, she stood in stark contrast to one of her direct opponents: the National Solidarity Party’s (NSP’s) Nicole Seah, then 24. Attractive, composed and idealistic, Ms Seah had star power that Ms Tin simply could not match.

Former politician Nicole Seah at an NSP rally in 2011.

During an NSP rally, I personally witnessed the crowd booing the speaker before Ms Seah, urging him to get off the stage. When she had finished speaking and came to shake hands with supporters, one starstruck, middle-aged woman even told her: “Nicole, I will vote for you! You must fight for us in Parliament, okay!”

If there was such a thing as preferred youth candidate, it was Ms Seah. Some even called NSP the Nicole Seah Party.

All of which led to this memorable scene on Nomination Day, when the PAP team contesting Marine Parade came out to address supporters. Among my colleagues at the time, there were more than a few sniggers.

When the PAP eventually won in Marine Parade with more than 56% of the vote – a historically low margin of victory in the ward – SM Goh acknowledged that Ms Tin had played a significant role in the reduced percentage.

Outraged netizens even set up a Facebook page called Petition to Remove Tin Pei Ling as a MP. It attracted thousands of likes.

To her credit, a chastened looking Ms Tin addressed the criticisms directly, “I hope that I’ll be given this opportunity in the next five years to prove myself through my actions, serving the residents of MacPherson.”

But Ms Tin herself acknowledged that it would be an uphill task.

An unfortunately timed video a year later seemed to sum up the prevailing sentiments towards her:

In the years since 2011, Ms Tin looks to have thrown herself into the task of serving her constituency.

She is a full-time MP, and the comments on her Facebook page (more than 18,000 likes), once vitriolic, are now largely positive:

Other than the occasional naysayer on social media, there was also plenty of goodwill towards Ms Tin when she gave birth recently.

As evidenced from her Facebook page, she continued to serve even while heavily pregnant:

Senior Minister Emeritus Goh posted the first photo of the happy family, along with a promise:

How will Ms Tin fare this time round, especially as a candidate in her own right? We will just have to wait and see.