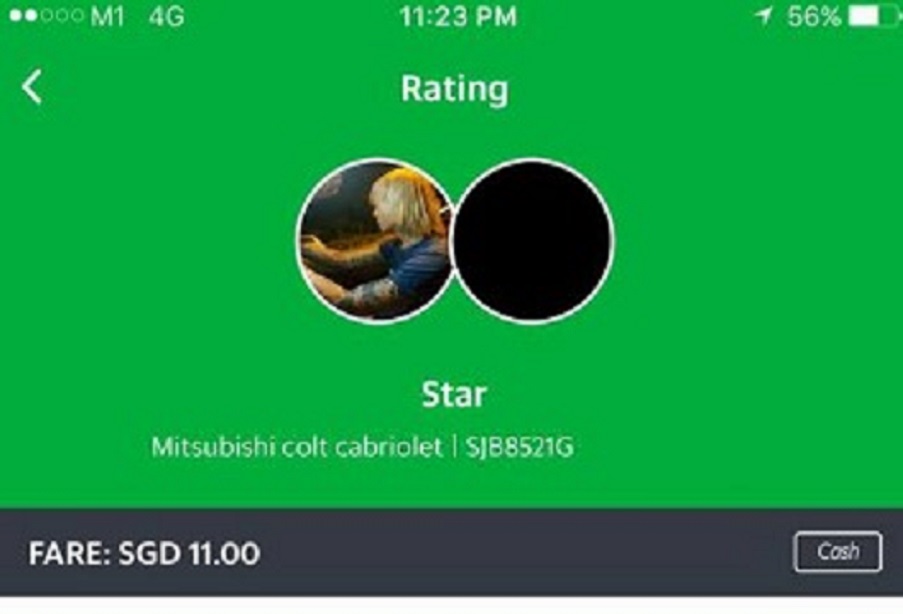 The next time you GRABCAR / GRABSHARE / GRABHITCH – please do becareful.

Hi all. Wanna bring your attention to this – especially ladies. (PLEASE SHARE THIS) 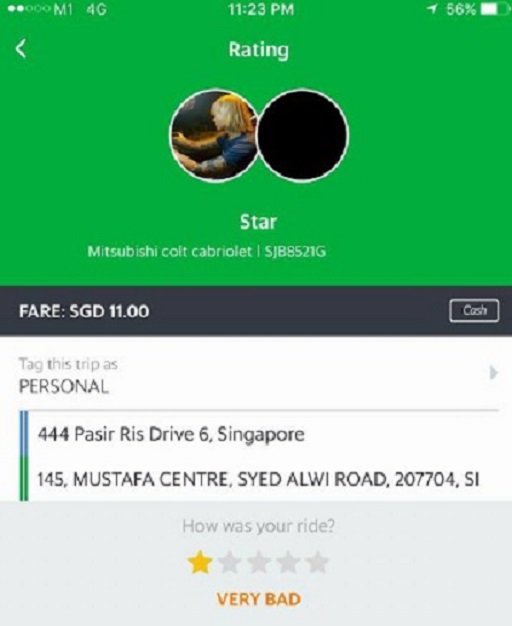 My friend and i booked grabhitch yesterday (02/01/2017) at about 2250 hours from 444 PASIR RIS DRIVE 6 to MUSTAFA CENTRE. Awhile later, we got a driver. While waiting for the driver at the foot of the block, my friend received an incoming call from the driver directing us to go to level 2 of the carpark which was just right behind the block.

Not thinking anything was amiss, we went. Upon reaching, we saw this blonde tatooed guy with a CHIHUAHUA barking aggresively – non-stop. He told us to quickly get in the car.

As i recalled reading an article about an incident between a grab driver, his pet and his passenger, i told my friend to not board the car. We told him politely that i am not comfortable taking his car, with his aggresive barking chihuahua. We also said to him that he should inform us first if he is bringing a pet with him to check if we were comfortable with it or not.

He then replied, “FUCK OFF, IF YOU ARE NOT COMFORTABLE THEN DON’T HITCH OR GRAB!!” We were both stunned. I told him that the only reason I am not comfortable with it was because his dog was barking aggressively throughout the 8 to 10 minutes we were there. We have the right to refuse the ride because he did not inform us that we will be grab hitching with a chihuahua. He asked us to get lost and made rude and sarcastic remarks.

Not wanting to aggravate him further, we walked off. I called grab customer service and told her about the situation and she said that she will write a report about the driver.

Definitely, the WORST driver with an ULTIMATE SHIT ATTITUDE ever.