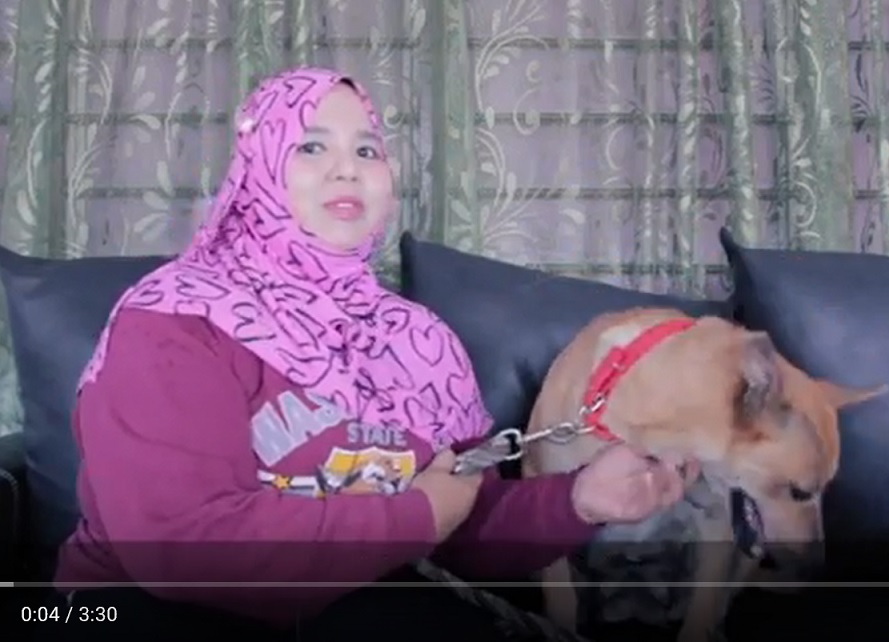 The Islamic Development Department (Jakim) has told a Muslim dog owner to repent, advising her that unnecessarily touching of dogs is forbidden in the school of Islam followed in Malaysia. Nurhanizah Abdul Rahman, in a video uploaded to Facebook, shared the story of her relationship with her pet dog Bubu as part of a competition by pet food brand Smart Heart.

Jakim said her decision to touch a dog for no reason had “caused distress among Muslims because it goes against the mazhab (Islamic school of thought) and customs practised in Malaysia. Jakim director-general Othman Mustapha said although Islam provides a cleansing method if a Muslim has touched a dog, it does not mean that it is permissible to touch dogs for no reason. “This is just like someone who commits a sin with the excuse that they will repent later. Jakim hopes she will immediately stop what she is doing and repent to Allah. She appears to be trying to set a new custom which could lead to actions which malign Islam,” he said in a statement.